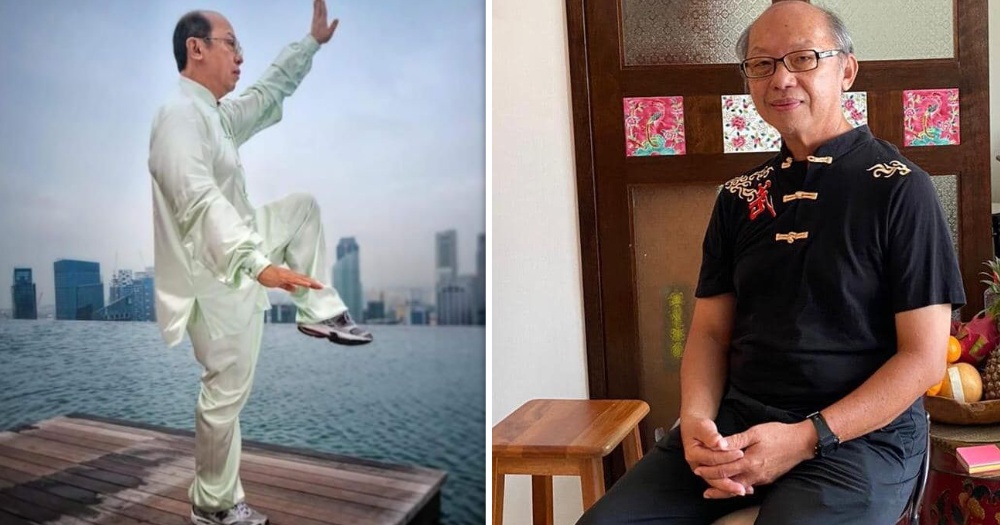 Foo’s son told Shin Mino that his father, as far as he understands, had attended a Tai Chi performance on the same day and returned to his chair to rest.

However, when he got up, Foo suddenly passed out and lost consciousness.

Those next to Foo tried to resuscitate him, but he never regained consciousness.

In response to Shin Min’s questions, the Singapore Civil Defense Force (SCDF) confirmed that they received a call for assistance at the Singapore Sports Hub at approximately 1:10 p.m. on Sept. 10.

After the unexpected news, Foo’s son said that he and other family members had immediately gone to the hospital, but unfortunately Foo had already passed away.

The family failed to see Foo “for the last time,” his son added.

Foo’s son said that while his father was very old and had high blood pressure, he had been “very healthy” and had exercised twice a day.

He was also a Tai Chi instructor and master.

As a result, the family was shocked by Foo’s sudden death.

His son added in memory of his father:

“Since we were young, my sister and I learned Tai Chi from my father, but we never showed a talent for it and eventually stopped learning. Our father [Foo] never forced us to learn Tai Chi from him and has given us a lot of care and love over the years. We miss him very much.”

Foo is survived by his wife, son and daughter.

Outpouring of condolences from students

Many of Foo’s students also shared their condolences on Facebook and praised Foo’s contributions to the local Tai Chi scene.

A tribute also shared Foo’s “final appearance” on September 10 before he passed away, expressing his shock and sadness at the unexpected event. The message read:

“I began to learn the Chen style of Tai Chi from the teacher [Foo] in 1993. […] He was the teacher who enlightened me. I would not be where I am today without him, and will continue to spread knowledge and understanding of Chinese martial arts.

Speak with Shin MinoFoo’s son added that his father had devoted his entire life to promoting the martial arts, inspiring others, and often giving free Tai Chi classes to the community.

“We are deeply moved that many of his students came to his funeral to pay their respects. It also speaks of his contributions to the wushu scene in Singapore, and we are very proud of his generous spirit.”

According to the Chinese website Taijigen, Foo first learned wushu from his uncle, before specializing in Tai Chi, the use of wushu weapons and “push hands” (also known as “tuishou”).

He later became the student of a renowned Tai Chi master in China and became the “20th generation successor” of the Chen style of Tai Chi, which is believed to be the original form of Tai Chi.