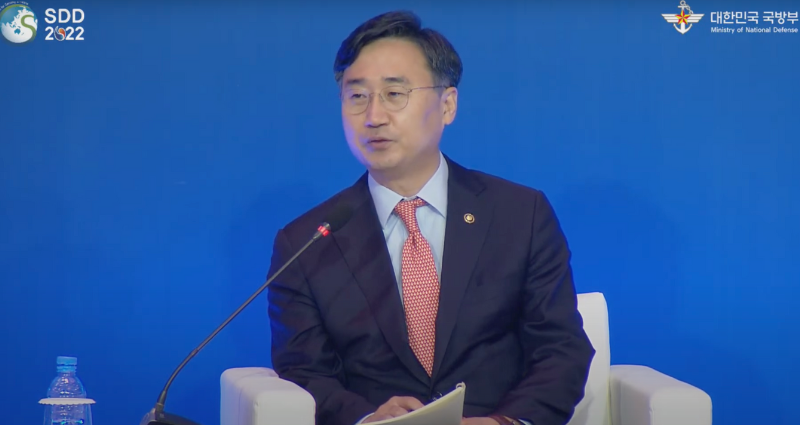 The 2022 Seoul Defense Dialogue was about the complete denuclearization of North Korea, pinning “positive thinking” as the key.

At the beginning of this week, national security experts from 54 countries gathered at the Lotte Hotel in Seoul in collaboration against international security threats. The central theme for the 10th year Seoul Defense Dialogue is “How to Address Complex Security Challenges: Promoting International Solidarity.” The dialogue started on Tuesday, September 6 and will continue until Thursday, September 8.

On Wednesday, the first session was on “International Cooperation and Approaches to Complete Denuclearization of North Korea”. The panel was led by Beom Chul Shin, the Deputy Minister of the Ministry of National Defense of the Republic of Korea (ROK).

In light of the ongoing nuclear tests by North Korea with: Statement by Kim Jong Un to fight the US and “eliminate” South Korea, the country poses a threat to “the security of the Republic of Korea and seeks to weaken the ROK-US alliance,” Shin stated during the first session. “That’s why we must deter North Korean attempts.”

Shin presented three major efforts in the fight for denuclearization:

More from NextShark: ‘Strong stench’ coming from newly built apartment in South Korea turns out to be human feces in walls

The panelists unanimously agreed that international cooperation was critical to North Korea’s denuclearization efforts. Eirini Lemos-Maniati, deputy director of the Non-Proliferation Center for Arms Control, Disarmament and Weapons of Mass Destruction at NATO Headquarters, said this issue should not be dealt with “just by one region” as “North Korea’s nuclear weapons are global have implications”.

In response, Shin argued that North Korea’s denuclearization was a matter of readiness, as the country has a “strong readiness to possess nuclear weapons” compared to the readiness of the international community, which he described as “not so strong.” .

Allison Hooker, former deputy aide to the National Security Council, admitted that implementing sanctions can be effective, but that existing sanctions had failed because of “so many distractions in recent years.” Hooker also highlighted the ongoing challenges of the UN Security Council, especially the Russian and Chinese opposition to UN resolutions and emergency crises.

Despite the influence of South Korea and the US in the international community, Shin called China’s “active support” for their ally as contradictory to their efforts. He argued that North Korea’s possession of a nuclear weapon was an additional restriction, as “we should not use” [a] military option to denuclearize North Korea.”

While North Korea’s nuclear capabilities pose as an imminent threat, Shin remained optimistic. He explained that South Korea’s progress over the past 70 years, along with their strong alliances, is proof that “we are winning the race.”

“[This] some kind of positive thinking is very necessary to solve North Korea’s nuclear problem. So I’m still positive. In the end we win,” Shin stated. “Our direction is clear and I’m very positive about that.”

What happens next after Putin’s annexations in Ukraine?