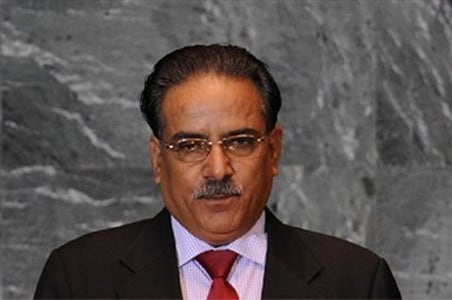 Pushpa Kamal Dahal “Prachanda” said the truth has already been revealed to the Nepalese people.

Speaking to leaders and cadres of his faction at the Academy of Nepal in the capital, Prachanda said Prime Minister Oli recently accused that “some NCP leaders were hatching a plot to overthrow his government at the request of India “.

Prachanda said his faction did not force Oli to resign simply because it would have given a message that Oli’s statement was true.

“Now has Oli split the party and dissolved the House of Representatives under Indian leadership?” asked the former prime minister.

He said the truth had already been revealed to the Nepalese people.

“Oli met Samanta Goel, the head of R&AW, India’s intelligence wing, for three hours at his official residence in Baluwatar, without the presence of a second person, which clearly shows Oli’s motive. “, affirmed Prachanda.

He accused Prime Minister Oli of taking bad advice from outside forces.

By dissolving the House, Oli has given a heavy blow to the Constitution as well as to the democratic republic system that has been established in the country during seven decades of struggle by the people, said Prachanda.

Nepal plunged into a political crisis on December 20 after Oli, known for his pro-Beijing leanings, in a surprise move recommended the dissolution of the 275-member chamber, amid a power struggle with Prachanda.

Acting on the recommendation of the Prime Minister, President Bidya Devi Bhandari dissolved the House on the same day and announced new elections on April 30 and May 10, sparking protests from a large part of the NCP led by Prachanda, also co-chair of the ruling party. .

Oli, who is also the chairman of an NCP faction, said he was forced to dissolve the House after learning that the faction led by Prachanda planned to file a motion of no confidence against him and bring forward a motion for impeachment against President Bhandari. .

India has described Oli’s sudden decision to dissolve parliament and call for new elections as an “internal matter” that the country must decide according to its democratic processes.

The Oli-led CPN-UML and Prachanda-led NCP (Maoist Center) merged in May 2018 to form a unified Nepalese Communist Party after their alliance won in the 2017 general election.