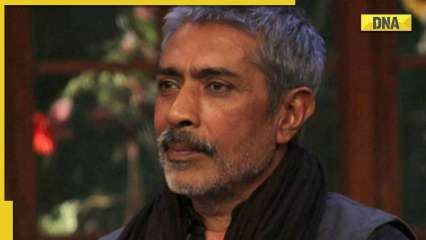 Prakash Jha is currently promoting his upcoming film Matto Ki Saikil in which the filmmaker plays the titular character of a day laborer whose life is tarnished when his cycle is damaged. The film, which had its world premiere at the 2020 Busan International Film Festival, will hit theaters on September 16.

In a recent interview, the director spoke about the ongoing #BoycottBollywood social media trend that seems to have influenced major films of late, such as Aamir Khan’s Laal Singh Chaddha and Akshay Kumar’s Raksha Bandhan, which has had a negative effect on their box office collections.

Prakash Jha, who made his directorial debut in 1984 with the sports drama Hip Hip Hurray, told ETimes that a certain section of people has always been against Hindi films. He added that it has now become more visible as the same people are talking about it on social media.

When asked if he really thinks #BoycottBollywood has influenced Hindi films in the recent past, the filmmaker told the portal: “I can respond to something like this when I have a great film, be it Lagaan or Dangal is, and that is boycotted, and people don’t come to see it. Then I say yes, boycott has an impact. But if you make a weak film, then it is very difficult to investigate whether it has failed because of its weakness.”

READ | Boycott Bollywood: This is how Aamir Khan, Vijay Deverakonda, Alia Bhatt and Akshay Kumar reacted to the ongoing trend

The filmmaker has made critically acclaimed films on social themes such as Gangaajal and Apaharan, both starring Ajay Devgn. The multiple National Award-winning director has also produced such films as Yeh Saali Zindagi and Lipstick Under My Burkha. Jha made his OTT debut when he directed and produced Bobby Deol’s Aashram, the crime drama series based on fake gods and religious gurus.