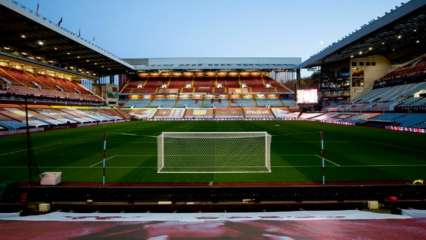 Aston Villa announced Thursday that their next Premier League clash against Everton has been postponed while advising that “the significant COVID-19 outbreak” at the club is now under control.

“Aston Villa can confirm that Sunday’s Premier League game with Everton has been postponed,” Aston Villa said in a statement.

Aston Villa can confirm that Sunday’s Premier League fixture with Everton has been postponed.

Our meeting with Newcastle United, which has been postponed due to a similar outbreak at their training ground, will now take place on Saturday 23 January at 8pm.

“The club would like to express their immense gratitude to the medical experts who have helped us bring a major outbreak of Covid-19 under control, as well as to the Premier League board and our fellow clubs for their understanding during this period, “he added. .

The club also announced that their Premier League fixture with Newcastle United, which had been postponed due to a similar outbreak at their training ground, will now take place on 23 January.

“We expect first team members and staff in good health and safety returning to training to do so on Sunday, when isolation protocols have been followed. The club continue to wish all of them. people affected by the virus a speedy recovery, ”the statement read.

The Premier League has also announced the decision to postpone the game between Aston Villa and Everton.

“Aston Villa’s home game against Everton, scheduled for Sunday 17 January at 12 p.m. GMT, has been postponed by the Premier League board.

Following the postponement of Villa’s fixture against Tottenham Hotspur, which was due to be played last night, a significant number of players and staff remain in isolation. As a result, the Premier League board has accepted Aston Villa’s request to postpone their game on Sunday, “the Premier League said.

Biden and Harris attended mass alongside Republican and Democratic leaders.