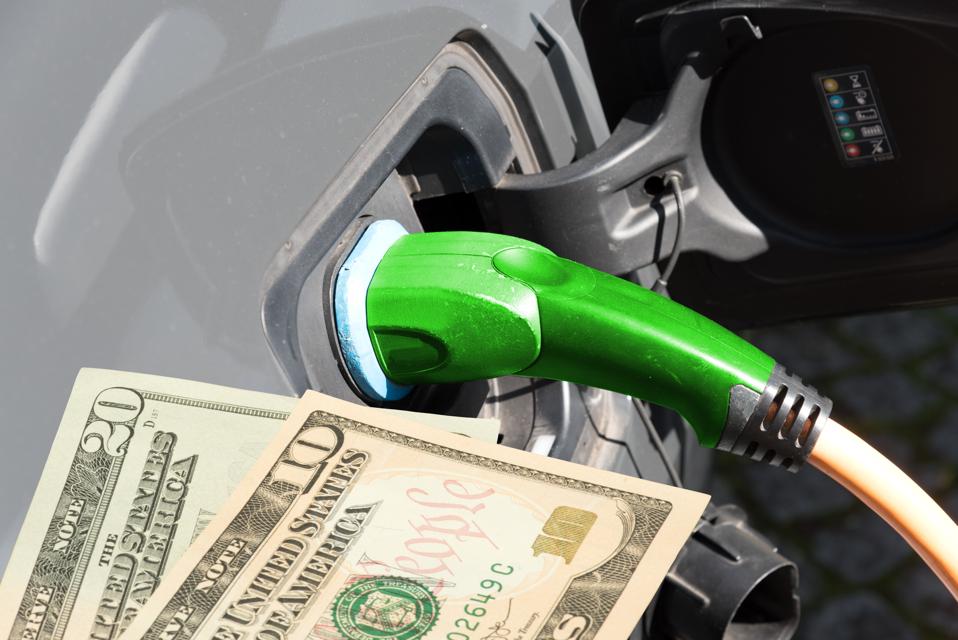 Right now everyone is talking about the need for incentives to help everyone make the switch to electric cars. The UK’s recent announcement of a ban on sales of new gasoline and diesel cars by 2030 has been at the heart of the discussions in Britain. But there was also the announcement of the ZETA pressure group with similar intentions in the United States and the European Green Deal made headlines this summer. One thing that hasn’t been discussed so much, however, is how much money will be wasted if no one else buys fossil fuel for their vehicles. This will be a big hole in public revenue and will cause a shift in the currently very benign tax regimes towards electrification.

Here are some numbers that reveal how real the problem will be. For 2019/20, UK tax revenue from fuel duties was £ 27.57 billion ($ 36.57 billion). To put that in context, this represents a quarter of the National Health Service’s budget, three-quarters of what the UK spends each year on defense and more than a quarter of annual spending on pensions. It is also 50% more than the UK’s gross spending on EU membership and around 3% of overall annual public spending in a non-COVID year. Losing that revenue will dramatically reduce public finances, and you can add to that the £ 6.5 billion lost in the VED, formerly known as the road tax, which EVs also don’t currently pay.

The United States is not much different. The fuel tax, like most US taxes, is split between federal and state levies. This varies considerably from state to state, with Alaska being the least perceived and California (not surprisingly…) the most, at four times the rate for Alaska. The federal levy on top is, of course, the same for all states. The aggregate revenue from local forms of fuel taxation was $ 49.84 billion in 2018 and federal revenue was $ 36 billion. This is a smaller proportion of the US federal budget than in the UK, at just over 2%. Road tax is transferred to states in America, with annual registration fees that vary widely from state to state. Some states charge a flat fee and others add variables such as the value, weight, and age of the car. Total revenues from these were around $ 23 billion in 2013.

These are just two national examples. Each country taxes domestic fuel consumption, and usually quite heavily. There is also usually a vehicle tax, although this is not always an incentive reduction for electric vehicles. But in most cases the tax on home energy consumption is at a much lower rate – just 5% VAT on electricity in the UK, for example, compared to 20% on vehicle fuel. In most countries, therefore, a wholesale switch to electric vehicles, especially if they are primarily billed at home, will result in a significant drop in tax revenue from vehicle use – which is used to maintain roads. on which these vehicles run.

How will the deficit be compensated? South Australia was rather premature by adding a purchase tax as well as a tax based on the distance traveled to electric vehicles. The UK is also considering switching to kilometer payment for vehicle taxation. Even without the battery-electric vehicle revolution, it is clear that a change in car taxation will be essential. Vehicles have become much more economical, so that even fuel tax revenue has fallen per kilometer driven in both numerical and real terms. Electric vehicles do not produce air pollution and are more efficient than other types of vehicles in terms of energy consumption, but they use the roads just as much or more as they tend to be much heavier. due to the weight of the batteries.

A global and global change in automobile taxation is therefore inevitable. The fuel tax as a proxy for taxing road use will be increasingly broken as electric vehicles become more mainstream. There was talk of distinguishing between electricity for charging and charging for electric vehicles in some countries, but without further standardization and unity in the way public charging station services are managed, in particular given the free charging business models provided by services like Volta, this appears to be a no-starter. A tax system based on mileage is more likely, possibly with differentiation based on vehicle weight. Most EVs are connected to the internet in one way or another, so it might be possible to track kilometers driven and bill accordingly. Heavy users, such as street vendors, would pay a lot more, making it easier to use a car when you really need it. Whatever system is used, governments around the world will have to compensate for the money they have traditionally obtained from the use of fossil fuels. After a few more years of pushing for early adoption, it will have to come from EVs. So enjoy cheap electric driving while it lasts because electric vehicles will be taxed a lot more as they become the dominant type of car.

How to poke your winter hot chocolate like a bartender

The Bharat Express News - November 30, 2020 0
Check out the best free soccer betting tips for today’s matches. Our football tips are put together by industry experts, giving you insight into...