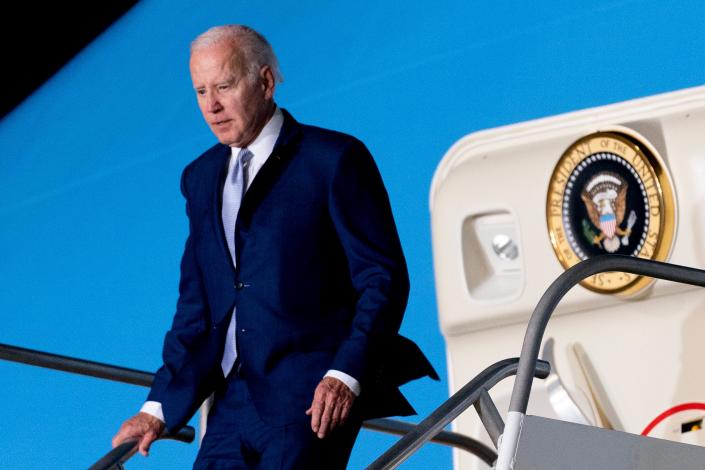 Biden will meet with California Governor Gavin Newsom and other officials to discuss whether additional federal aid is needed, according to the White House.

“We are all closely monitoring the storms, floods and landslides across California,” Biden said Tuesday as he celebrated the Golden State Warriors NBA championship at the White House. “And our hearts are with… all the families in the communities who are hurting.”

Video: The weather in California is calming down, but the damage is extensive

Biden will visit Santa Clara and Santa Cruz counties, where storms have caused severe flooding and landslides. He is accompanied by Deanne Criswell, head of the Federal Emergency Management Agency. More than 500 employees from FEMA and other federal agencies have been deployed to California to support response and recovery operations.

Trip is Biden’s third to California as president

Biden last visited the nation’s largest Democratic state in October as part of a West Coast swing to fundraise and rally Democrats for the 2022 election.

Biden also touted a bipartisan infrastructure package in Los Angeles and ordered a chicken quesadilla from a taco stand.

In his only other trip to California as president, Biden campaigned for Newsom ahead of the 2021 governor’s recall election.

This article originally appeared on USA TODAY: Biden to assess storm damage in California from flooding and landslides