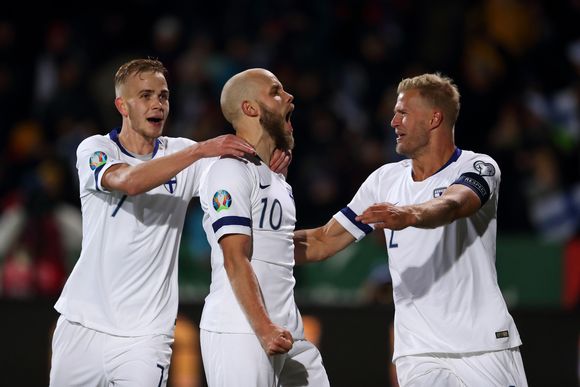 President of the Finnish Football Association Ari Lahti said this summer’s European Championships, which had been postponed from last year due to the coronavirus outbreak, may have to be played in front of empty stadiums.

The championships will be the first time the Finnish senior men’s team has entered a final tournament.

“I personally think that the European Championships will be played in one form or another, but the current pace of vaccination seems insufficient and June will come very quickly,” Lahti said at a media event organized remotely by the association. .

“It may be that the buzz of attending a final tournament [for fans] will not be possible this time. “

However, the president of the FA added that it was not yet time to “throw a stone in the well”, a Finnish proverb which means to give up all hope.

“I know the financial importance of playing the final tournament for [European football’s governing body] UEFA is so huge that it will be played, ”Lahti said.

“UEFA is currently considering several different options for hosting the tournament. The extreme option is to have less than 12 match venues, with bubble-like conditions. We will receive more information in February and decisions will be made early March. “

“It’s a matter of concern,” Lahti said. “We have to take care of all aspects. This does not mean going back to the training rooms at the risk to the health of the children, but that step by step we can start practicing again,” he said, adding that the pandemic has also had a huge impact on the finances of finnish football clubs. “

“Preliminary information is that the revenues of the clubs of the Veikkausliiga [Finland’s top division] fell an average of one-fifth last year compared to the previous year. Another concern is futsal, which is currently played without spectators. The third concern is the financial situation of football arenas. “

Naseeruddin Shah on his reaction to his mother asking him if...