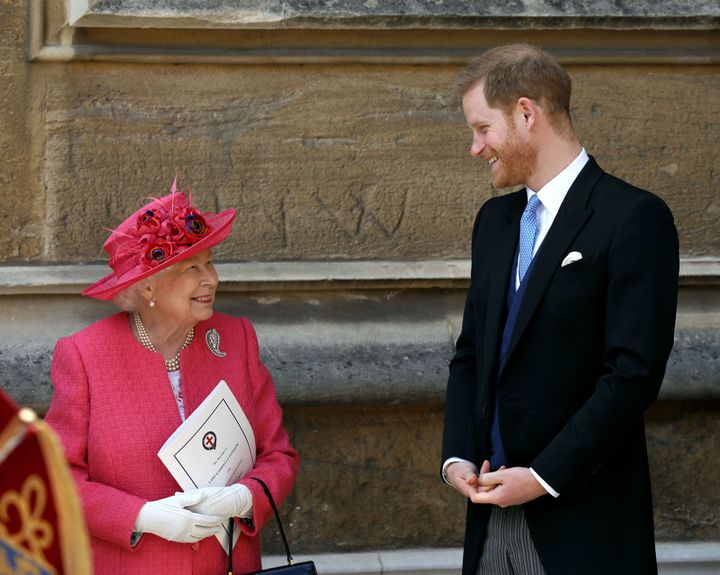 Prince Harry released a personal statement Monday following the death of his beloved ‘Granny’, Queen Elizabeth, who passed away at the age of 96.

“Grandma, although this last goodbye brings us great sadness, I am forever grateful for all our first encounters – from my earliest childhood memories with you, to the first time I met you as my commander in chief, to the first moment you have my dear wife and embrace your beloved great-grandchildren,” the Duke of Sussex said in the statement.

Harry added that he cherished the moments he spent with Queen Elizabeth and said her loss was felt by the whole world, also noting his father’s new role as King Charles III.

“Thanks for your infectious laugh,” he said. “We smile too, knowing that you and Grandpa are now reunited, and both in peace.”

Harry is one of the Queen’s eight grandchildren.

The late British monarch is also survived by 12 great-grandchildren, including Harry and Meghan’s son, Archie, and daughter Lili, who was named after the Queen’s family name, “Lilibet”.

The two children are now technically “prince” and “princess” after the queen’s death, although it’s unclear if King Charles will change protocols.

Harry and Meghan have both spoken out about their very close relationship with the Queen, which continued after the two stepped down as working members of the royal family and moved to North America.

ALSO READ  Are pubs and supermarkets open on Mondays on public holidays?

Meghan spoke about Harry’s love for the Queen during the couple’s first interview with TBEN’s Mishal Husain after their engagement. She said it was “incredible” to “meet her through his lens, not only with his honor and respect for her, but also with the love and respect he has for her as his grandmother.”

“All those layers have been important to me,” Meghan said at the time.

Prince William, the new Prince of Wales and heir apparent, also released a statement on Saturday in reminder of his beloved ‘grandma’.

While he mourned the loss of “an extraordinary leader,” the royal family said “I have lost a grandmother, however.”

“She was by my side in my happiest moments. And she was by my side through the saddest days of my life,” he continued. “I knew this day would come, but it will be some time before the reality of life without grandma will feel real.”

After the publication of the Prince of Wales statement, William and Kate, the Princess of Wales, had a surprising reunion with Prince Harry and Meghan Markle in Windsor.

The former ‘Fab Four’, all dressed in black, interacted with the crowd that had gathered to pay their respects. The royals also viewed floral arrangements left behind by benefactors.

During the walk, the Princess of Wales got emotional and told a story about her youngest son, Prince Louis, who said: “At least Gan-Gan is now with great-grandfather.”