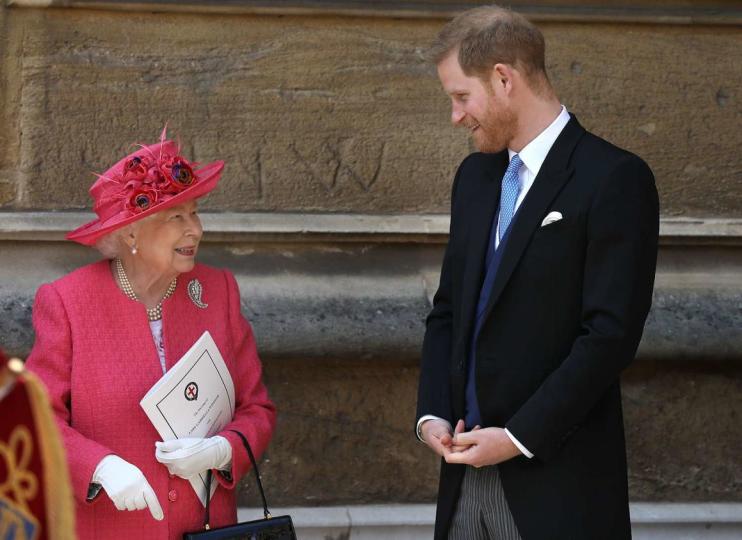 In the official statement shared on the Archewell Foundation website, the 37-year-old Duke of Sussex said: “As we celebrate the life of my grandmother, Her Majesty The Queen – and in mourning her loss – we all become reminded of the guiding compass that she was. of so many in her devotion to service and duty. She was admired and respected worldwide. Her unwavering grace and dignity remained true all her life and now her eternal legacy. Let us repeat the words that after the death of her husband, Prince Philip, she spoke words that can now comfort us all: “Life is, of course, both parting and first meeting.” “

Harry said his memories with his “grandma” ranged from his own childhood to when the Queen met his own children, 3-year-old Archie Harrison and 1-year-old Lilibet Diana, who was named after the monarch’s nickname.

“Grandma, although this last goodbye brings us great sadness, I am forever grateful for all our first encounters – from my earliest childhood memories with you, to the first time I met you as my commander in chief, to the first moment you have my dear wife and hugging your beloved great-grandchildren,” he continued. “I cherish these moments that I have shared with you, and the many other special moments in between. You are already sorely missed, not only by us, but by the whole world. And as for the first encounters, we now honor my father in his new role as King Charles III.”

The monarch’s death came shortly after that of her husband, Prince Phillip, Duke of Edinburgh, who died in April 2021 at the age of 99. They were married for 73 years.

Prince Harry arrived at Balmoral Castle in Scotland on Thursday after the public announcement of the Queen’s death there. He joined other members of the royal family at the royal residence, including father King Charles III and brother Prince William.

Harry and his wife Meghan Markle, 41, were due to attend the WellChild Awards in London on Thursday before hearing the news about the Queen’s health. They traveled from their California home to Europe earlier this week for a series of visits with their longstanding charitable organizations.

After the death of Her Royal Highness, King Charles III immediately became monarch. The 73-year-old king mourned the loss of the queen, saying: “The death of my beloved mother, Her Majesty the Queen, is a moment of greatest sorrow for me and all members of my family.”

On Saturday, Prince Harry and Meghan joined Prince William and Kate Middleton – the new Prince and Princess of Wales – at Windsor Castle to view flowers and other tributes to Queen Elizabeth left by members of the public. They also greeted benefactors queuing outside the royal residence.

Kensington Palace says Prince William has invited the Duke and Duchess of Sussex to join him and Kate.

Prince William thought the walk to greet the crowd was “an important show of unity at an incredibly difficult time for the family,” a royal source tells PEOPLE.