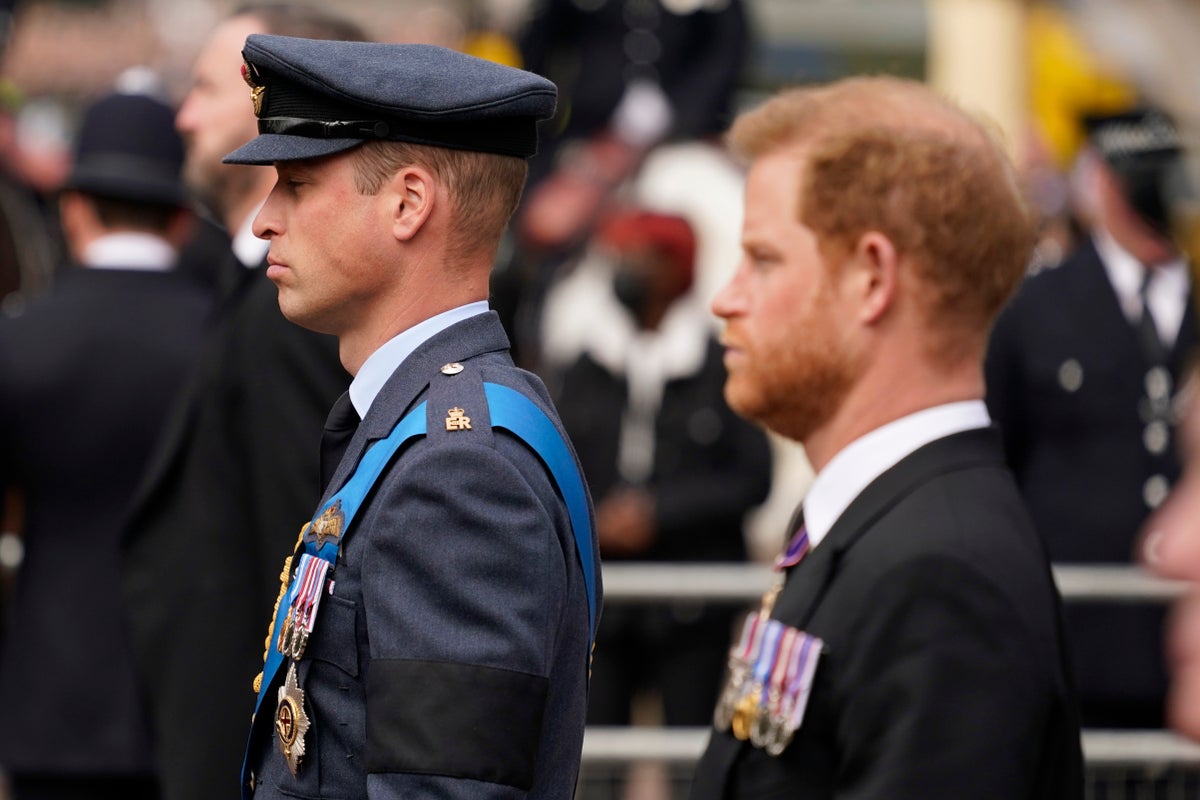 Prince Harry addressed a myriad of allegations in his latest telling interview, from claims of ‘racism’ in the royal family and his feud with brother William to Camilla’s marriage to King Charles.

The comments were made during a conversation with ITV’s Tom Braby ahead of the official release of the Duke of Sussex’s memoir, Reserve.

During a conversation, Harry responded to an allegation that he and his wife had accused the royal family of racism during their interview with Oprah by saying “no I didn’t”, adding “the British press said that”.

He also spoke at length about the ongoing conflict with his brother William, reflecting in particular on the “terrible reaction” he would have received from his family when he was reunited with them after the death of Queen Elizabeth II.

The Duke is expected to address similar topics during the TBEN interview, with a trailer showing Harry criticizing the press for Meghan Markle’s treatment.

“What Meghan had to go through was in part similar to what Kate and Camilla went through,” Harry said in a trailer released Thursday, before noting that they were “very different circumstances” due to the “racing element”.

“But then you add the racing element, and that was what the press – British Press 0 – immediately jumped on. I went into this incredibly naively,” he continues. “I had no idea the British press was so bigoted.

“How I was probably bigoted before Meghan’s relationship.”

Harry: The Interview review – Phased and unchallenging from start to finish

If you’re not already exhausted by the endless Windsor saga, get ready for another look at Britain’s icyest family.

Nick Hilton shares his thoughts on ITVs Harry: The interview:

Ngozi Fulani, the founder of Sistah Space, was at the center of a royal racism scandal over Lady Hussey’s comments, which were made at a reception at Buckingham Palace last December.

The Duke of Sussex has said he wrote his eloquent book Spare because of “38 years … spin and distortion”.

Prince Harry’s bombshell interview aired on ITV on Sunday night ahead of the release of his memoir Spare on Tuesday, January 10.

He told broadcaster Tom Bradby on ITV that he was “very grateful” to be given the chance to tell his story.

When asked why he wrote his memoir Spare, he told Bradby: “38 years. 38 years of my story being told by so many different people with deliberate twist and distortion felt like a good time to own my story and be able to tell it for myself.

Prince Harry has said he still “patiently awaits accountability” from the royal family over his allegations in recent months.

Harry made the comments during an interview with ITV’s Tom Bradby on Sunday (January 8), ahead of the publication of his memoir. Reservewhich contains several startling revelations about the Firm.

These include details of an alleged physical altercation with his brother William during an argument at his London home in 2019, claims his stepmother Camilla launched a “campaign” to now marry King Charles, and new details about the infamous Nazi costume scandal .

Maanya Sachdeva has the story in full:

Speaking to Tom Bradby on ITV in which the presenter said “in the Oprah interview you accused members of your family of being racist”, Harry responded by saying “no I didn’t”, adding “the British press said that “.

The Duke continued, “Did Meghan ever say they’re racist?”

After Bradby said the Duchess claimed disturbing comments had been made about their son Archie’s skin color, Harry said: “There was – there was concern about his skin color.”

Asked if he would describe that as racist, the duke said: “I wouldn’t, because I hadn’t lived in that family. The difference between racism and unconscious bias, the two things are different.

“But once it’s acknowledged, whether you’ve been made aware as an individual or as an institution, that you have unconscious biases, you therefore have an opportunity to learn from that and grow so that you’re part of the solution rather than part of it. the problem.

“Otherwise, unconscious bias then moves into the category of racism.”

Prince Harry, in his latest memoir and Netflix documentary, has made accusations of hypocrisy surrounding his wishes for privacy as he “breaches the privacy” of the royal family.

Prince Harry has said he wishes the royal family had been there for him in the “second darkest moment” of his life.

“I love my motherland and I love my family and I always will. I wish they’d both been there for me in the second darkest moment of my life,’ Harry said.

Thomas Kingsley has the details: