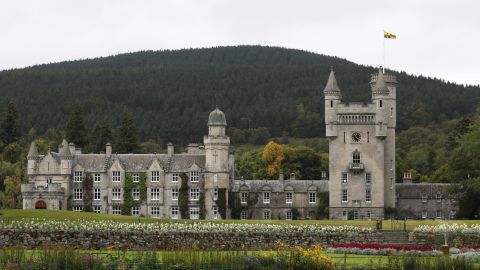 Prince William has inherited the private estate of the Duchy of Cornwall from his new title as the Duke of Cornwall and Cambridge.

It is literally fit for a king, especially in terms of price. The legacy that came into his possession after Queen Elizabeth II’s death on September 8 is said to be worth about $1.2 billion.

It was previously owned by his father Prince Charles.

The Queen is said to have had a net worth of S$500 million which includes her jewelry and art collections, her homes and her investments, however her will is confidential. While Prince Charles receives the bulk of her estate, Prince William’s greatest legacy is the aforementioned property.

The Duchy of Cornwall’s estate is huge, spanning over 140,000 acres of land spread across 20 counties. It has been in the possession of the royal family for centuries.

The estate was founded in 1337 by King Edward III for his son Prince Edward. The income earned from the estate will be “used to fund the public, private and charitable activities of the Duke of Cornwall,” who is now Prince William, according to a report in The list.

In another report by Desert Newsit is estimated that in 2021 King Charles made about $23 million in assets from the Duchy of Cornwall estate. This shows how rich Prince William is now.

ALSO READ  Hands-on with the iPhone 14, now available in a larger Plus variant

Prince William already had a healthy bank balance with a net worth of $40 million according to Fortune magazine. Most of his income came from his inheritance that he and his brother received after the death of his mother, Princess Diana in 1997.

The princess left each of her sons $10 million pretax with the stipulation that they would each receive an annual dividend of $450,000 when they turned 25. Both Prince William and Prince Harry received their full inheritance at the age of 30.e birthdays.

A statement on the Duchy’s website also details the Queen’s personal involvement with the estate and how her passing marks a change for the estate.

“Together with HRH the Duke of Edinburgh, [the Queen] made a number of visits to the Duchy’s estate and attended Council meetings until her son, HRH the Prince of Wales, came of age as Duke of Cornwall. The death of HM Queen Elizabeth II and the succession of HM King Charles III marks the transition from the title of Duke of Cornwall to HRH The Duke of Cambridge. The estate is therefore in safe hands.”

The message that Prince William was to receive a royal inheritance worth more than $1 billion appeared first on TBEN World News.Follow us on social media