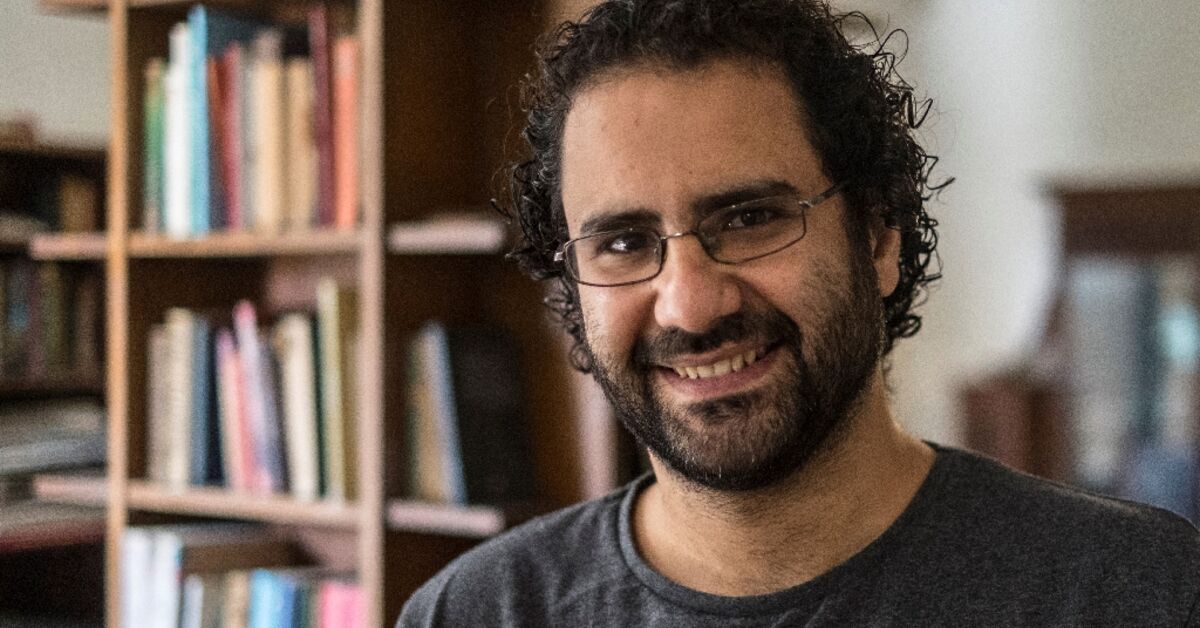 Imprisoned British-Egyptian activist Alaa Abdel Fattah has written that he is “doing well” and taking liquids after fears for his health mounted during a months-long hunger strike, his family said Monday.

Abdel Fattah, who consumed “just 100 calories a day” for seven months, escalated his strike, first to all food and then to water, when the COP27 climate summit kicked off on Nov. 6 in the Egyptian resort of Sharm el-Sheikh.

His sister Sanaa Seif on Monday welcomed a letter he addressed to his family as “final proof of life”.

The lawyer for activist Khaled Ali, a former presidential candidate, was refused entry when he tried again on Thursday and Sunday to visit Abdel Fattah in the Wadi al-Natroun prison, despite saying he had obtained the necessary permits.

He and Abdel Fattah’s mother Laila Soueif received the letter Monday as they returned to prison for the third time, before the lawyer was again denied the right to visit.

In Abdel Fattah’s letter, “dated Nov. 12, he writes that he is well, under medical supervision, and has started drinking water,” Ali wrote on Facebook.

The activist’s sister, meanwhile, confirmed in a statement that “it’s his handwriting,” but asked “why did they withhold this letter from us for two days? Is it just cruelty to punish the family for speaking out?”

Following the demands she made at COP27, Seif said her brother must be “on the plane to London and only then will we allow ourselves to feel real relief”.

“Alaa is still on hunger strike, the British embassy has still not been granted consular access, he is still being arbitrarily detained and the end is not yet in sight.”

Abdel Fattah, a key figure in the 2011 uprising that overthrew longtime dictator Hosni Mubarak, is serving a five-year prison sentence for “spreading false news” by sharing a Facebook post about police brutality.

ALSO READ  Occupation forces kill yet another Palestinian in Jenin

He has been leading the headlines since UN climate talks began last week in Egypt, which tried to polish its image by hosting COP27 but came under fire for its human rights record.

Seif attended the summit to campaign for her brother’s release and was harassed last week by pro-government attendees who called her brother a “criminal” not a “political prisoner”.

A German diplomatic source said a complaint had been lodged with Egypt because their delegation, which received Seif and other human rights defenders, “felt we were being watched”.

Since the start of the UN climate summit, activists have complained of “interrogation” and feared they would be “followed” as rights groups warned of draconian surveillance measures.

Liane Schalatek, associate director of the Heinrich Boll Stiftung foundation in Washington, said on German television that she felt “more uncomfortable than at any other COP”.

A climate finance expert who has attended COP conferences since 2008, she said this time cameras in conference rooms were pointed at speakers’ faces.

“This is both unnecessary and unusual for such internal coordination meetings,” she said. “The possibility that everything will be recorded cannot be ruled out.”

Biden welcomed Sisi’s reactivation of a dormant presidential pardon committee, which this year has facilitated the release of several high-profile political prisoners.

On Friday, Abdel Fattah’s other sister Mona Seif announced that the family had filed a new request for a presidential pardon.

The plea was picked up by one of Egypt’s most-watched talk show hosts, the ardently pro-Sisi Amr Adib.

On prime-time television, Adib said Friday that the pardon would be in Egypt’s best interest first and foremost.