When President Uhuru Kenyatta gave the green light to one of Kenya’s most covertly undertaken projects, the government was slapped with a possible Ksh 15 billion bill by outside experts.

As the government faced a financial crisis and citizens also faced a serious shortage of resources, security officials had to do a difficult balancing act.

This is how Chalbi Industries seized the opportunity to make history books to become the company behind Kenya’s first arms factory and in so doing save the government Ksh 11 billion.

An Impressed President Kenyatta could not hide his satisfaction with what the company had been able to innovate and even more with the young brains involved in the process.

At current production and demand levels, the plant is already self-sustaining and within the next year Chalbi Industries will have to introduce 9mm pistols into the production line.

The company describes itself as a high precision engineering company providing high quality machining, manufacturing and consulting services to the general manufacturing industry including government and commercial markets. 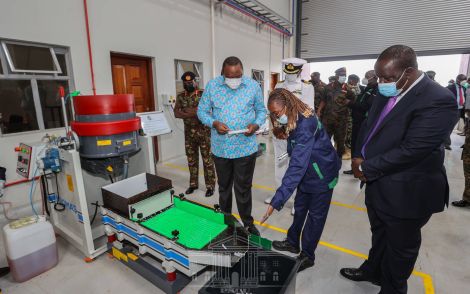 Precision engineering is about the design of machines, fixtures and other structures that have exceptionally low tolerances. Low tolerance is a design language meaning low margin for error.

As you can imagine, accuracy and precision are essential in the manufacture of firearms.

Factory gun parts are made using CNC machines that experts say use coded instructions. President Kenyatta said the site has a production capacity of 12,000 rifles per year.

One of the machines, a 5-axis Deckel Maho machine costs over Ksh 54 million.

Young innovators are at the heart of operations and according to government spokesman Cyrus Oguna, these talents are drawn from universities with the help of professors. 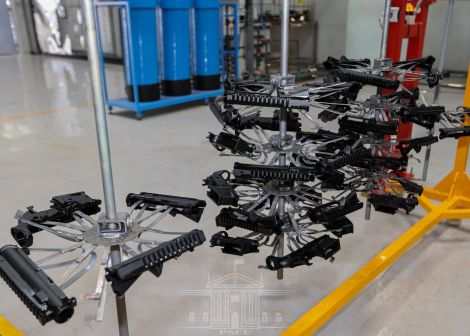 Over the next five years, Kenya hopes to meet the supply and demand for small arms across the country’s security forces before moving on to medium and heavy artillery.

The head of state insisted that beyond manufacturing weapons, the company should also help Kenya strengthen its diplomatic position and pride in the community of nations.

One of the Kenyan-made weapons is the CMZ 4 assault rifle unveiled by President Kenyatta during a visit to another top-secret government operation in Manyani in Taita Taveta in 2020.

According to an official communication, the internal diameter of the barrel is 5.56 × 45 mm and conforms to NATO standards.

It shoots yaw-prone bullets in soft tissue. A bullet fired with a muzzle velocity of 875 m / s is likely to yaw and scatter some fragments through flesh and bones, inflicting additional internal injuries to the victim.

The pistol, which can be used as a semi or fully automatic rifle, can hold 30 rounds of ammunition in its magazine. 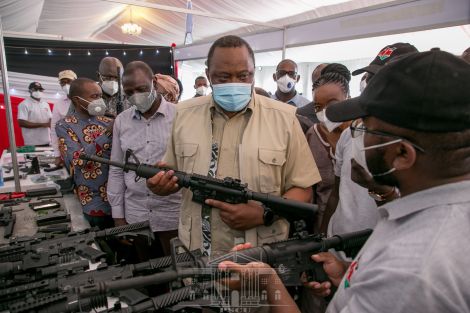 ALSO READ  Why Nairobians Are Moving To Machakos County