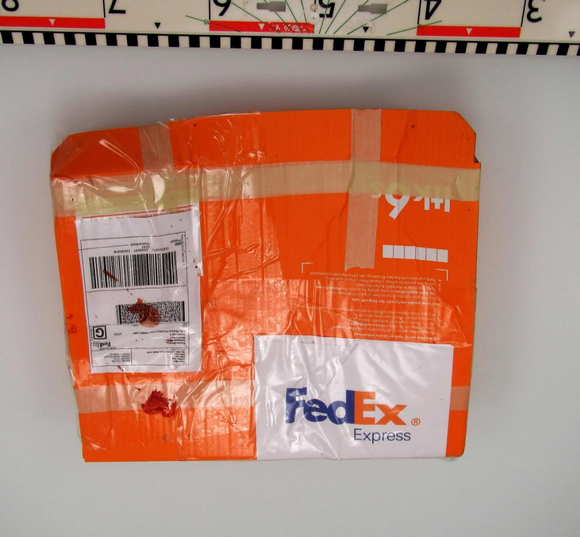 A man was on trial Tuesday on charges of attempting to assassinate a Finnish party official in what the prosecution calls a politically motivated attack.

Prosecutors added that a similar attack had not taken place in Finland since the 1930s. At that time, the far-right movement Lapua committed several acts of political violence.

The defendant, a man born in 1979 and living in Tuusula, denies all charges in the case, which is being tried this week by the Jyväskylä District Court.

State prosecutor Mika Appelsin and regional prosecutor Janne Kangas try the case. They say that on July 17, 2020, two men arrived at Pekka Katajafront door to Jämsä and said they had a package for Kataja from the Finnish party office.

Prosecutors say the package indicates a level of planning in the attack, as it was used to trick Kataja into letting her guard down.

Kataja told Yle at the time that the explanation was credible and that he believed them. When he opened the door, the second man broke into the house and started hitting Kataja with a hard, blunt instrument, possibly a hammer.

According to the prosecutor, the violence was maintained and showed that the objective of the attackers was to kill Kataja. Prosecutors say one of the men hit Kataja about 20 times on the head, breaking his skull, and the men continued to kick him after he fell to the ground until he loses consciousness.

Prosecutors said the method spoke to personal motivations behind the attack.

Kataja told Yle last year that he had his wallet in his hand when the attack happened, so that couldn’t be a motive.

Kataja, the head of the elections in the Central Finland region, had been one of those who prevented Torssonen from running as the Finnish party’s candidate in the 2019 parliamentary elections.

Torssonen was detained for several months because he was suspected of being involved in the crime. During his detention, the police began to suspect that he had organized a politically motivated theft of his car in order to avoid losing his firearms license.

He is no longer suspected of being involved in the Kataja attack, but the accused at trial is a Torssonen supporter and prosecutors suspect he shared Torssonen’s bitterness towards Kataja.

The police investigation revealed evidence that the accused and Torssonen had been in contact, and there was evidence of animosity towards the victim.

Police could not find any messages relating to the attempted murder and, according to prosecutors, this in itself constitutes evidence of premeditation.

It became clear during the investigation that Torssonen and the accused were not in regular contact. But on July 16, the day before the Kataja attack, they were in contact.

Police were unable to retrieve these messages, but said Torssonen used a prepaid SIM card for this communication. After the attack, the defendants and Torssonen wiped their phones and computers and performed a factory reset.

Mobile motion data did not prove the accused’s presence in Jämsänkoski on the day of the attack, but the prosecutor says it was because they did not take their phones with them.

According to information uncovered by Yle, the accused’s fingerprints were found on the forged package left at Kataja’s house.

Prosecutors say the attackers’ Volkswagen Passat was caught by security cameras at a local gas station on the day of the attack. The defense disputes this, saying the car is common enough to raise doubts about it. The registration number is not visible on the footage.

Yle asked the defense team for comment several times, but they declined. In court on Tuesday, however, the 41-year-old defendant denied the charges and said he was in Tuusula on the day of the attack.

He posted documents in English on far-right websites, presented under his own name.