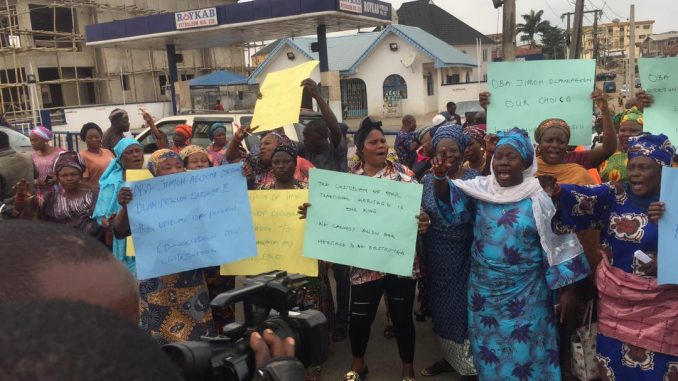 The widely publicized plans to dethrone Oba Jimoh Olanipekun, the Ataoja of Osogbo, have sparked tensions in the state capital of Osun, as some residents have taken to the streets to protest.

The protesters had stormed several streets in Osogbo on Thursday morning with placards bearing various inscriptions.

Some signs read: “Do not cause confusion in Osogbo”, “Stop the attempt to overthrow Oba Jimoh Olanipekun” and others.

Earlier, DAILY POST had reported that the state governor, through his media aide, Ismail Omipidan, denied the allegations.

In a press statement on Thursday, Omipidan described the rumor as mischievous and evil.

Osogbo’s action committee had written to the governor of the state through its leader, Ajadi Badmus, expressing concern and revealing that he was aware of plans to dethrone the monarch of Osogbo.

Ajadi also revealed that the frosty relationship between the governor and the monarch may be the reason behind the government’s alleged move. 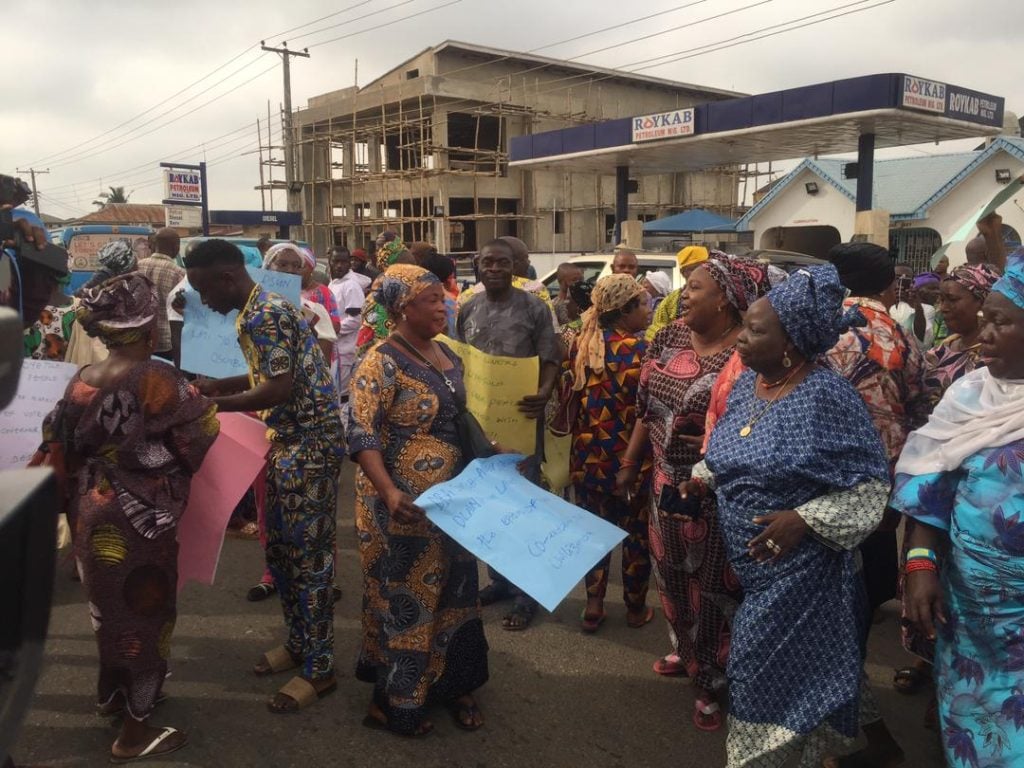 Protests in Osogbo over alleged plans to Oba, Ataoja of Osogbo. to dethrone