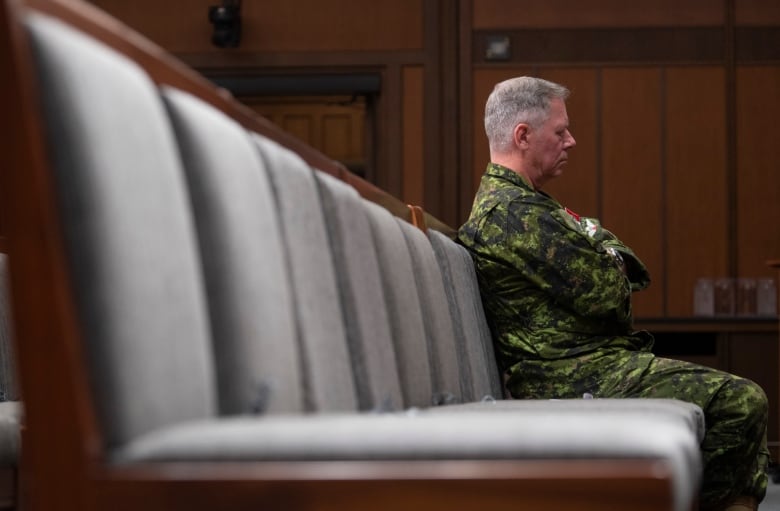 The country’s former senior official told MPs today that there was “no way forward” to open a full investigation into an allegation of improper conduct by General Jonathan Vance when the issue was raised for the first time three years ago.

Testifying today before a parliamentary committee, retired Clerk of the Privy Council Michael Wernick defended the way the informal allegation against the then Chief of the Defense Staff – raised by the former ombudsman military Gary Walbourne – was dealt with by his office.

He said an allegation of “sexual harassment” against Vance was brought to his attention on March 2, 2018, the day after his presentation to Defense Minister Harjit Sajjan.

ALSO READ  Burdened by debt and unable to eke out a living, many farmers in India turn to suicide | TBEN News

Wernick said Brother Marques, a former senior adviser to Prime Minister Justin Trudeau, told him about it and later ordered a senior Privy Council official to review it.

Prime Minister Justin Trudeau insisted he was not aware of specific allegations against Vance until they appeared in the media last winter. Today Wernick supported the Prime Minister.

“I have no reason to believe that the prime minister knew about anything at the time,” said the former clerk.

“The only person I know who would have known would be Elder. I don’t know who he would have spoken to in the PMO at the time, but I think in fact Minister Sajjan and the PMO Minister had entrusted us with the transport of the file to PCO. “

Wernick also said he had not been made aware of the details of the allegation.

PCO’s review of the allegation against Vance was stalled less than two weeks later when Walbourne declined to provide details or the name of the alleged victim, Wernick said.

“He said it was not the PCO’s business,” he said.

“Our judgment in mid-March [2018] was that we were at an impasse. There were no complainants to question, no witnesses to question, and it would have been inappropriate to confront General Vance. There was no way forward. “

Wernick also defended his office failing to notify the country’s national security adviser of the allegation against Vance.

The House of Commons defense committee is investigating who in the Liberal government knew about the allegation against Vance and when, and what he did with it.

Current military ombudsman Gregory Lick also testified on Monday. He made a passionate appeal to Members of Parliament to remember the plight of victims of sexual misconduct.

“I will make the observation as we watch the issue of sexual misconduct in the military unfold in the media and in committee testimony with more concern for political and institutional postures than for solving the problem,” a- he said.

“And yet the issue continues to play out in the real lives of survivors and witnesses who find themselves in the cracks of a broken system and who are afraid to come forward because of possible retaliation or end-of-life measures. career.

“This problem has been played out so far with contradictory and sometimes incorrect information. Evidence has changed about who knew what, when, who had the power to act, what should have been done and who is responsible.

“Enough of this. Enough of self-protection and hijacking. Enough of political dragging.”

The acting chief of the country’s defense staff, the lieutenant-general. Wayne Eyre also said earlier that steps to address the misconduct crisis will have to come “from the victim’s perspective.”

One of the major changes being considered by the military concerns one of the most controversial aspects of Operation Honor, the now-halted campaign to eradicate sexual misconduct.

Eyre said confidence in senior military leaders had been severely shaken. He said the problem can only be solved by establishing an independent office of the Inspector General, as some experts have proposed.

“The overriding effect we need here is trust and confidence from the victim’s point of view in the system,” Eyre said.

“You will notice that a quarter of a century ago in the Somalia report an independent inspector general was one of the recommendations and we pushed that back. Well, I think the time to push is over. the imperative to re-establish that trust must take precedence here. “