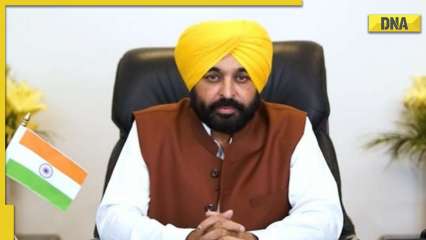 The chief minister of Punjab, Bhagwant Mann, has convened a special session of the state assembly on September 22 to conduct a floor test to demonstrate his majority. This comes days after the AAP accused the BJP of trying to overthrow its government in the state.

“You must have heard how they tried to contact our MLAs and try to offer money and other enticements in an attempt to overthrow the government that was elected with a huge mandate,” Mann, who is in Germany, said in a statement. a video message in Punjabi.

“We will convene a special session of the Punjab Assembly on September 22, where we will demonstrate how elected MLAs are determined to realize the dream of enlivening the state… We will hold a confidence vote during that session,” he said.

AAP had previously claimed that some of its MLAs had been approached by the BJP with an offer of Rs 25 crore to each of them.

ALSO READ  What is an automatic number plate recognition system that could replace the toll stations in India?

A few days ago, Finance Minister Harpal Singh Cheema had alleged that some BJP leaders had approached seven to 10 MLAs with money and ministerial positions under ‘Operation Lotus’.