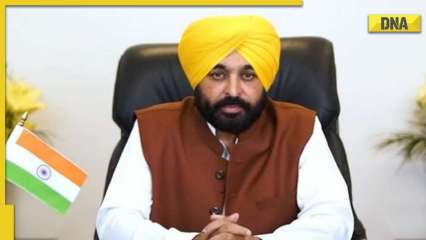 Punjab police have registered an FIR under sections of the Prevention of Corruption Act and the Indian Penal Code (IPC) in Mohali after the alleged BJP of AAP threatened and offered money to its lawmakers in the state.

The FIR comes after AAP MLAs filed a complaint with the state DGP against BJP, seeking a thorough investigation into allegations of an attempt by the BJP to overthrow its government in Punjab. The Aam Aadmi Party (AAP) had claimed on Wednesday that the BJP had offered Rs 25 crore each to its at least 10 MLAs.

A police spokesperson said they have registered an FIR on a prima facie basis and the investigation has been handed over to the Vigilance Bureau according to standard guidelines.

ALSO READ  Collapse of the Noida wall: calls for structural audit in high-rise buildings are growing

The AAP has lashed out at the BJP, calling it a “serial killer” of democracy and condemning “Operation Lotus” for the “dubious way” in which elected governments in the country are overthrown.

He alleged that BJP operatives and workers from Delhi and Punjab “tried” to break 35 MLAs of the AAP to overthrow the government in Punjab.

Cheema said a complaint against BJP leaders and agents has been filed with the DGP for “offering Rs 25 crore each to at least 10 MLAs in the state and also a life-threatening threat to Jalandhar West MLA Sheetal Angural and others for exposing their evil agendas for the public”.