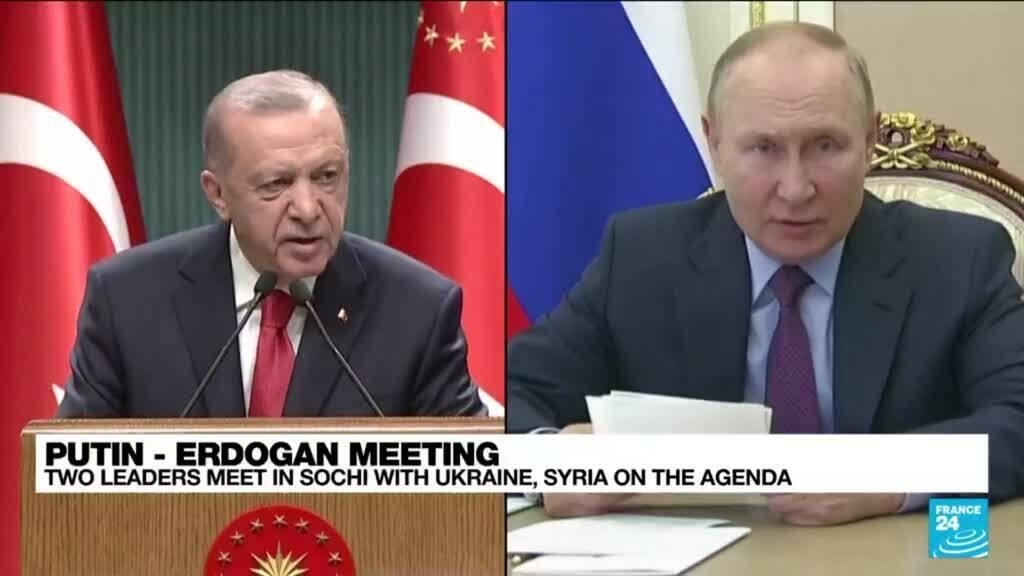 Ending the war in Ukraine and starting a new conflict in Syria are expected to dominate Friday’s talks between Russian President Vladimir Putin and Turkish President Recep Tayyip Erdogan. The Turkish leader is proud of the diplomatic success of helping to orchestrate the resumption of Ukraine’s grain shipments across the Black Sea ahead of his second round of talks with Putin in just 17 days. For further analysis of the complex relationship between NATO member Turkey and Russia, TBEN is joined by Steve Cook, senior fellow for Middle East and Africa studies at the Council on Foreign Relations. While Putin and Erdogan have been on opposite sides of major conflicts ranging from those in Ukraine, Syria, Libya and Nagorno-Karabakh, Mr Cook explains that “they had a meeting of thoughts on one very important issue: neither the Turkish nor the The Russian leadership is very comfortable with an American-led global or regional order, and that has allowed them to work together,” said Mr. cook. “Turkey is eager to pursue a policy that is independent of the United States and its NATO allies. And that requires it to maintain proper relations with Russia, despite their major disagreements over a number of regional conflicts.”