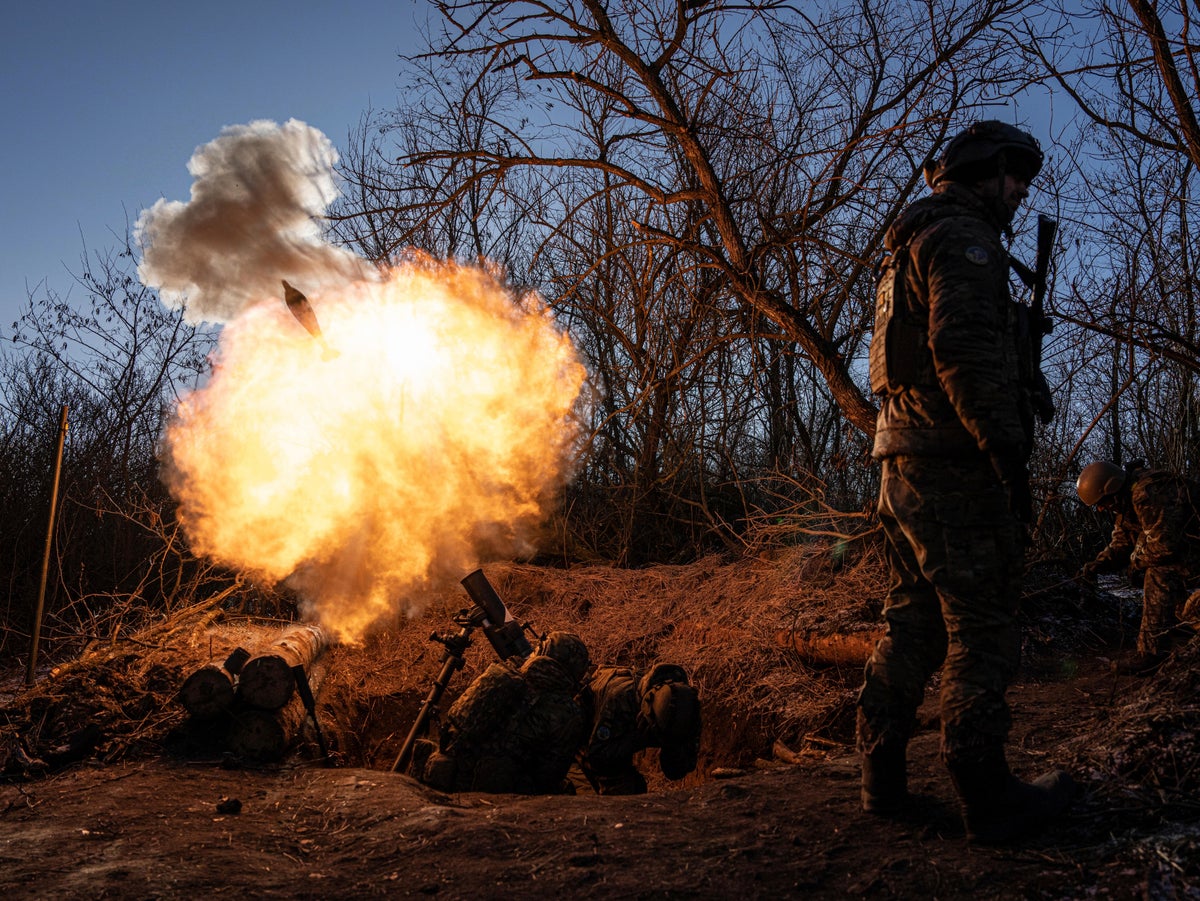 Vladimir Putin has authorized a fresh shake-up in the military leadership that led the invasion of Ukraine, while Kiev mocked claims it had lost the city of Soledar, the center of a furious Russian onslaught.

Russian Defense Minister Sergei Shoigu has announced that Valery Gerasimov, Chief of General Staff, has been appointed as Supreme Commander of the Armed Forces in Ukraine, one of many changes in recent months as Putin looks for a success story to bring home. to sell. It is clear that the pressure on the Kremlin is mounting, with the move effectively demoting General Sergei Surovikin, who was only named Russia’s top battlefield commander in Ukraine last October following a wave of offensives by Kiev’s troops that turned the tide of turned the war. General Surovikin had been nicknamed “General Armageddon” by the Russian media for his alleged ruthlessness.

A statement from the Defense Ministry said the reshuffle was intended to improve contacts between different military departments and the “quality and effectiveness” of the chain of command.

Moscow is seeking control of Soledar to strengthen its position around the nearby besieged city of Bakhmut and provide a springboard to other cities in the eastern Donbas region. On Wednesday evening, Ukraine’s President Volodymyr Zelensky scoffed at claims by the Russian mercenary group Wagner that they had taken control of the city – the scene of some of the most intense fighting since the invasion of Moscow began.

Wagner’s head, Yevgeny Prigozhin – an ally of Putin – had claimed his forces had control of the city, a major stepping stone to Moscow’s plans to take over the entire eastern Donbas region. He doubled down on that boast on Wednesday night, claiming the “complete liberation” of Soledar and the murder of 500 Ukrainian soldiers.

Speaking of Moscow and Wagner, Mr. Zelensky said: “The terrorist state and its propagandists are trying to pretend that part of our city of Soledar… is some kind of Russian property. But the battle continues.”

The Russian Defense Ministry had previously tried to downplay Mr Prigozhin’s claims of complete victory, saying airborne units had cut off Soledar from the north and south and hit Ukrainian military targets in the area. Putin told Kremlin officials on Wednesday that Russia was facing a difficult situation in parts of the Ukrainian regions it claims to have annexed, including Donetsk, Luhansk and Zaporizhzhia. It wasn’t the first time in recent weeks that Putin made an uncomfortable admission about Russia’s invasion of his neighbour, amid growing domestic anger over battlefield losses. He didn’t mention Soledar.

Regarding the fighting around the city, Serhiy Cherevatyi, spokesman for Ukraine’s eastern military command, said Kiev’s troops had not allowed Russia to break through the front lines and compared the intensity of the fighting to World War II.

“There is a complicated situation there,” he said, adding that the military command “was now stabilizing the situation with the maximum impact for the enemy and minimum losses for Ukraine.”

“The intensity of the fighting near Bakhmut can be compared to World War II,” Cherevatyi said. He said Ukraine had an advantage because of the more modern weapons it had received from its allies, while Russian forces still had many Soviet-era weapons and used Soviet-era armored vehicles with some modernized elements.

Ukrainian deputy defense minister Hanna Maliar said Tuesday evening that the Russians are suffering heavy casualties. TBEN was unable to confirm reports from the ground in Soledar on either side and military observers working from satellite imagery said the dynamic nature of urban fighting made the situation unclear.

Despite the enormous costs – both economic and human – incurred in more than 10 months of war, Putin told his officials he had the resources to strengthen Ukraine’s depleted military units and implement socio-economic reforms to life throughout Russia, including in the territories it has unilaterally claimed in Ukraine. “We certainly have all the resources for this,” he told officials, according to the state news agency Tass.

Away from the front lines, Ukrainian President Zelensky urged NATO to approve his country’s membership at a summit in Lithuania in July.

Kiev applied for accelerated NATO membership in September. NATO has insisted since 2008 that it will ever welcome Ukraine, but the 30 current member states are unlikely to agree to join during the Russian invasion for fear of Moscow’s reaction.

Speaking from Lviv in western Ukraine at a meeting with his counterparts from NATO members Poland and Lithuania, Mr Zelensky said: “We need steps forward … we are counting on more than just open doors.”

British Prime Minister Rishi Sunak has asked Defense Secretary Ben Wallace to “work with partners over the coming weeks” to “go further and faster with our support to Ukraine, including the delivery of tanks,” Downing Street said on Wednesday.

Meanwhile, Ukrainian forces staged military exercises near the Belarusian border amid fears that Russia will launch a new offensive from its ally’s territory, as it did at the start of the invasion in February.

Mr Zelensky downplayed warnings of Russian preparations in Belarus, but said “nevertheless we must be ready both at the border and in the regions”.

Reuters and the The Bharat Express News contributed to this report