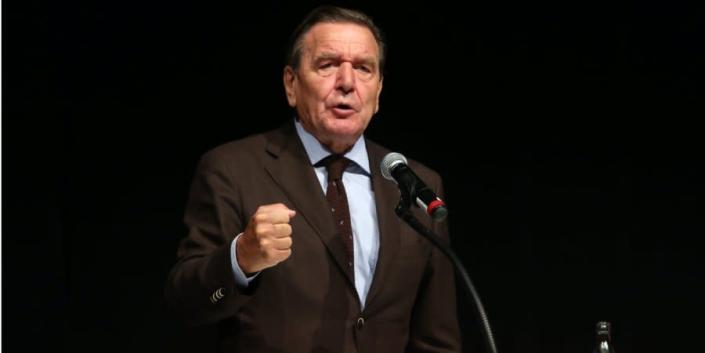 “The good news is that the Kremlin wants a negotiated settlement,” Schroder said.

“There was already a diplomatic approach to resolve the conflict, for example during the Istanbul (talks) in March.”

The former German chancellor praised the recent grain export agreement between Ukraine and Russia, adding that it could eventually be “extended with a ceasefire”.

Also read: Europe must be ready for Russian gas blackmail

Though he called the war a mistake on Russia’s part, Schroder said it was “absurd” to think Kiev could retake Russia-annexed Crimea by military means.

“Besides the (Crimean) Tatar (ethnic) minority, the region is Russian; former Soviet leader Nikita Khrushchev transferred it to Ukraine, then part of the Soviet Union,’ Schroder said.

Schroder traveled to “beautiful” Moscow last week for “a vacation.” He resigned from Rosneft’s board of directors in May.

Schroder maintains his sympathy for Russia, saying he has no intention of distancing himself from Putin, whom he considers “a friend.”

The German government has cut state funding to Schroder and his staff, citing its continued efforts to lobby for Russian interests.

The European Parliament voted on May 19 in favor of a resolution calling on the EU to punish Schroder.