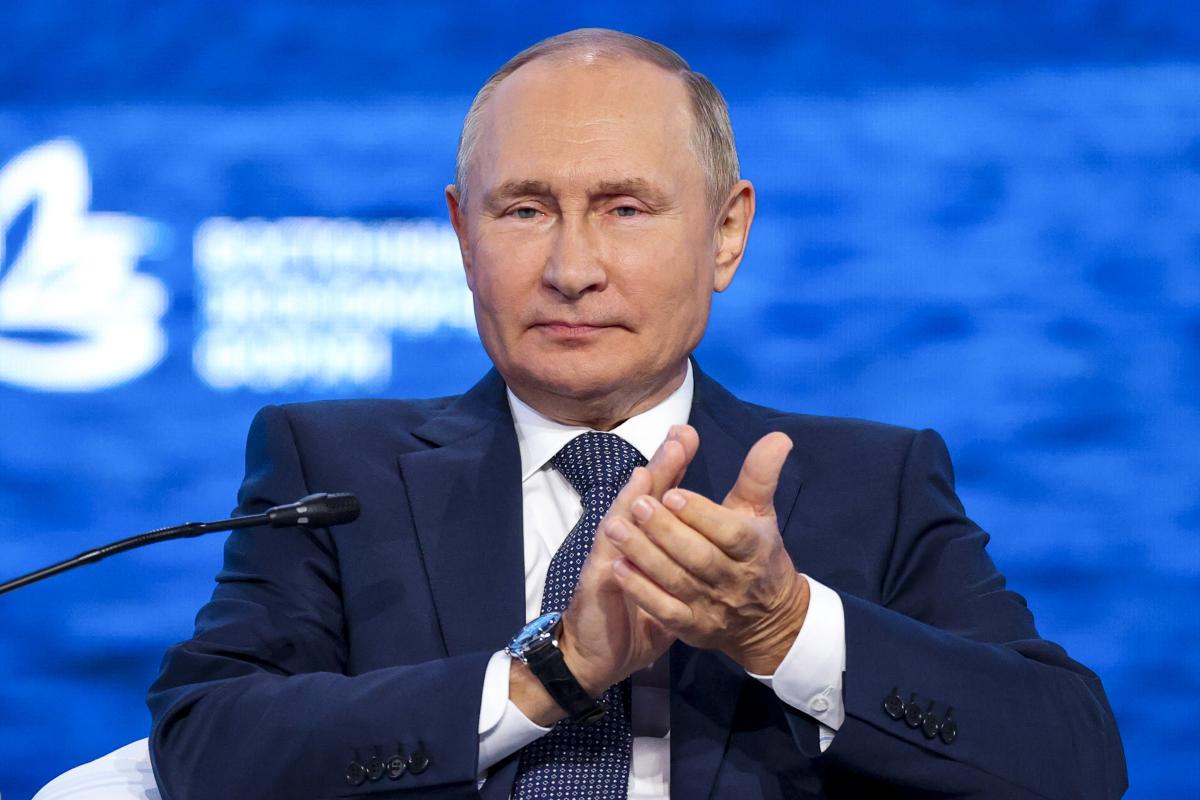 MOSCOW (TBEN) – Russian President Vladimir Putin said on Wednesday that Moscow will continue its military action in Ukraine until it achieves its goals, mocking Western attempts to corner Russia with sanctions.

Putin told an annual economic forum in the far-eastern port city of Vladivostok that the main purpose of sending troops to Ukraine was to protect the civilians in the east of that country after eight years of fighting.

“We were not the ones who started the military action, we are trying to end it,” Putin said, confirming his argument that he sent troops to Ukraine to protect Moscow-backed separatist regions in Ukraine that have been fighting against Ukrainian forces. . in the conflict that erupted in 2014 after Russia’s annexation of Crimea.

“All our action is aimed at helping people living in the Donbas, it is our duty and we will accomplish it to the end,” he said.

Putin claimed that Russia has strengthened its sovereignty in the face of Western sanctions, which he says border on aggression.

“Russia has resisted the economic, financial and technological aggression of the West,” Putin said. “I am sure we have lost nothing and we will not lose anything. The main gain is the strengthening of our sovereignty, it is an inevitable consequence of what is going to happen.”

The Russian leader said the economic and financial situation in Russia has stabilized, consumer price inflation has slowed and unemployment has remained low.

“There has been a certain polarization in the world and in the country, but I see it as something positive,” he added. “Everything that is unnecessary, harmful, everything that has prevented us from moving forward will be rejected and we will gain pace of development because development can only be based on sovereignty.”

Putin emphasized that Russia will continue to protect its sovereignty in the face of what he described as an attempt by the US and its allies to maintain their global domination, saying that “the world should not be founded on the dictate of one country calling itself the representative of the almighty or even higher and based his policy on his perceived exclusivity.”

He scoffed at Western attempts to limit prices for Russian oil and gas, calling the idea “stupid” and saying Russia will have enough customers in Asia. “Demand is so high in global markets that we won’t have a problem selling it,” he said.

“An attempt to restrict prices by administrative means is just cheer, it’s pure nonsense,” Putin added. “It will only lead to price increases.”

He rejected the EU’s argument that Russia was using energy as a weapon by suspending gas supplies to Germany via the Nord Stream 1 pipeline.

Putin reaffirmed Russia’s argument that Western sanctions have hampered the maintenance of the last turbine still in operation, forcing it to shut down.

He reiterated that Moscow is ready to “push the button” and start pumping gas “early tomorrow” through the Nord Stream 2, which has been put on hold by German authorities.