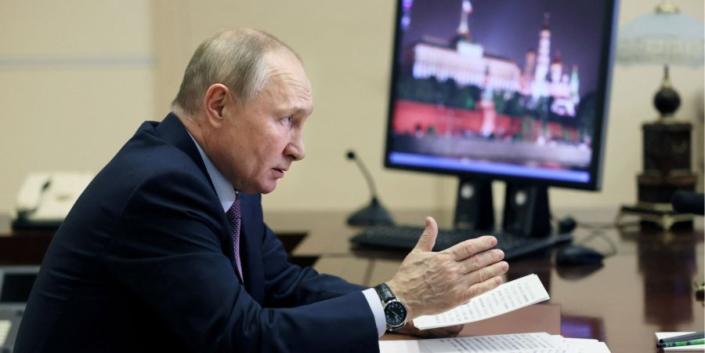 Read also: Kherson euphoria highlights the folly of a premature peace with Putin

According to this source, unnamed nations involved in the peace negotiation process between Russia and Ukraine proposed that the Kremlin return all occupied territories of Ukraine, with the exception of Crimea, which would effectively be “frozen” under Russian occupation for seven years. Ukraine would also halt NATO integration for the same period, the source told UP.

Read also: Putin channels his criticism of the Russian military through Prigozhin and Kadyrov, an expert says

Accepting the offer would mean an end to attacks on Ukraine’s power grid as a sign of “goodwill.” However, the offer was not accepted, as Putin launched a massive missile strike against Ukraine’s energy and critical infrastructure at the end of the first day of the summit.

Kremlin spokesman Dmitriy Peskov denied UP’s report, simply saying a curt “No” to a question about these negotiations.

Ukrainian Vice Presidential Chief of Staff Ihor Zhovka also noted that he had never heard of these proposals on national Ukrainian TV.

Read also: Putin’s catastrophic mistake and the reaction in Brussels

The G20 summit took place in Indonesia on 15 and 16 November. Putin was not present, Russian Foreign Minister Sergei Lavrov represented the Russian dictator instead. However, Lavrov left at the end of the conference’s first day.

The Russians carried out a massive missile and drone strike on Ukraine on November 15, launching nearly 100 missiles at targets across the country — most of them connected to Ukraine’s energy infrastructure.

On October 4, Zelenskyy signed a decree rejecting direct talks with Putin’s regime. Kiev can only negotiate with a new Russian president, the presidential office announced.

Ukraine’s performance at the negotiating table depends on its strength on the battlefield, NATO chief Jens Stoltenberg said Oct. 26.