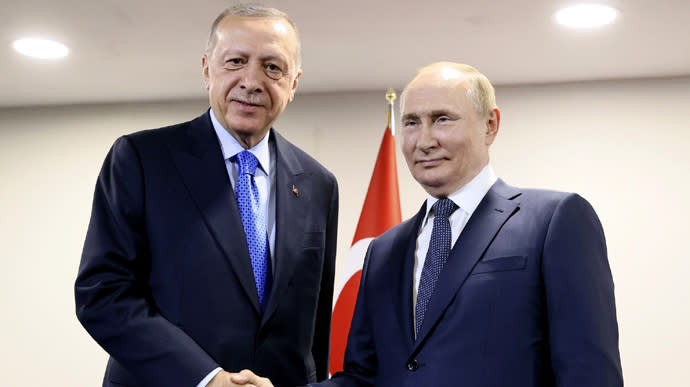 Details: Both parties have already arrived at the Black Sea resort.

The main topics on the agenda are expected to be ending the war in Ukraine and the prospects for a Turkish offensive in Syria.

The face-to-face meeting between Erdoğan and Putin is scheduled to begin at 3 p.m. After that, discussions will take place between the delegations.

Putin’s and Erdoğan’s press conference was reportedly canceled due to the Turkish leader’s schedule, but Russian organizers have prepared the meeting room anyway in case the presidents change their mind.

Journalists are fighting on their own front lines. Support Ukraine Pravda!