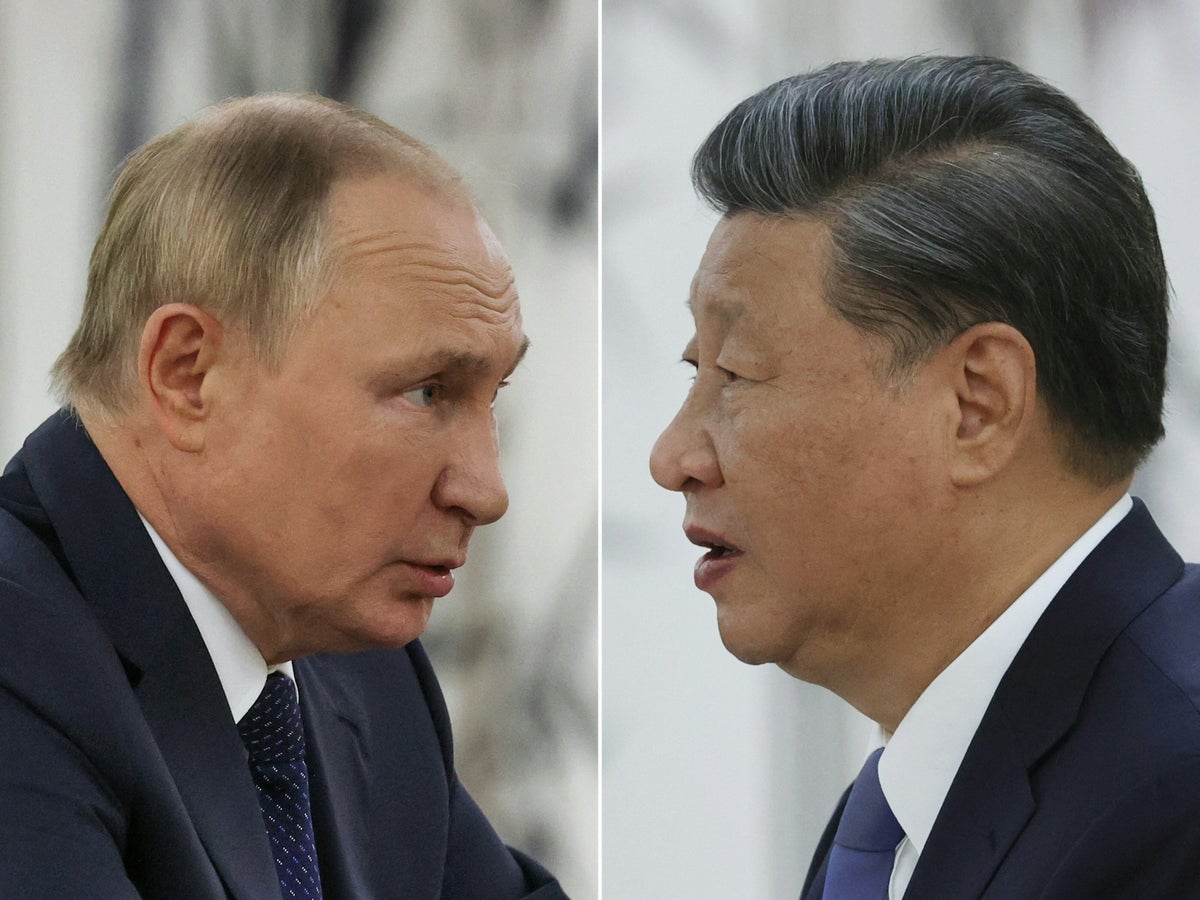 In a high-profile display of diplomatic support, Russia’s Vladimir Putin and China’s Xi Jinping met for the first time since Moscow’s invasion of Ukraine and attacked the West over the war and the Taiwan issue.

The two leaders met in the old Uzbek Silk Road city of Samarkand at a summit of the Shanghai Cooperation Organization (SCO), a grouping of largely authoritarian states seen by some as a growing power bloc rival to the West.

It is Xi’s first trip outside of China since the start of the COVID-19 pandemic.

In a televised address at the bilateral meeting, Putin told Xi: “We attach great importance to the balanced position of our Chinese friends when it comes to the crisis in Ukraine. We understand your questions and concerns about this. We will of course explain our position during today’s meeting.”

Russia has moved closer to China since it sent its forces to Ukraine in February, a decision that sparked an unprecedented barrage of Western sanctions against Moscow.

Putin also threw his weight behind Beijing’s key positions in the brief public statement, aligning the two countries in what analysts see as a fledgling anti-American, anti-Western alliance.

Putin referred to Beijing’s insistence that other countries not recognize Taiwan, a self-governed island that Beijing says is part of China, as an independent country.

“We intend to stick to the ‘One China’ principle,” Putin said.

The United States does not have formal diplomatic relations with Taiwan, but is required by law to provide the island with the means to defend itself.

China has never ruled out using violence to control Taiwan.

“In the face of changes in the world, in our time and in history, China is ready to work with Russia to play a leading role in demonstrating the responsibility of the great powers, and to bring stability and positive energy in a world in turmoil,” Xi told Putin.

“We intend to stick to the ‘One China’ principle,” Putin said. “We condemn provocations by the United States and its satellites in the Taiwan Strait.”