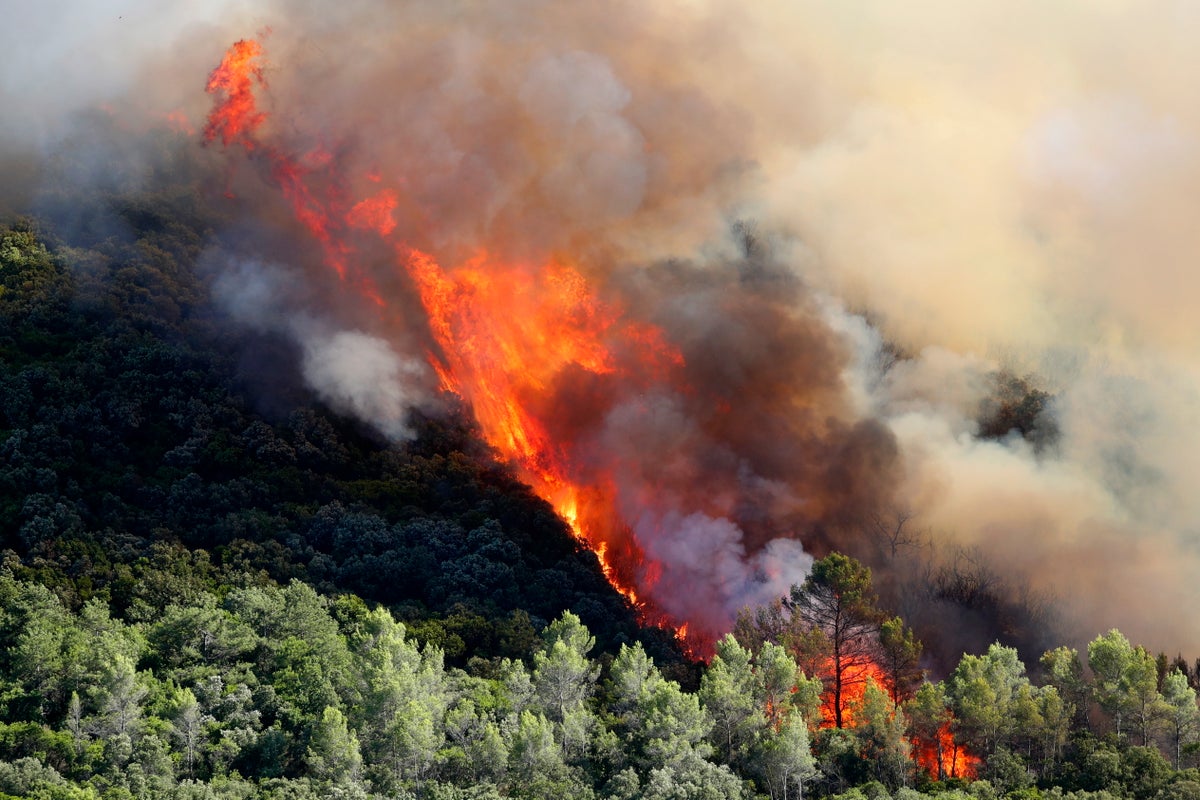 An alleged “pyromanic firefighter” has been accused by French authorities of starting a series of fires in the south of France.

The man, a volunteer firefighter from the Hérault region, was arrested on Friday.

According to prosecutors, the man in his 30s said he started the fires in a quest for adrenaline.

The case of the “pompier pyromane”, as the French media has called the accused, has attracted widespread interest across France after a series of severe forest fires ravaged the country last week, forcing thousands to be evacuated.

Montpellier Prosecutor Fabrice Belargent said in a statement: “When asked about his motive, he stated that he had done this to provoke an intervention by the fire service to rescue him from an oppressive family environment and because of the excitement these interventions caused him. ”

“Adrenaline he called it – these are his own words,” the prosecutor said. “He also said he needed social recognition.”

When not volunteering as a firefighter, the unnamed man worked as a full-time ranger, a job where one of his primary responsibilities was to prevent fires.

The man’s lawyer told BFM TV that he had expressed “very deep regret and above all a strong sense of shame” when questioned by authorities.

Marie Bar also confirmed that he had been remanded in custody by an investigating judge.

“He apologized to the . . . firefighters he works with, as he calls them his big family. This is someone who is very dedicated to his job,” she said.

“He finds it difficult to explain. In a way, he’s relieved that he’s been arrested. He explains it as an addiction.”