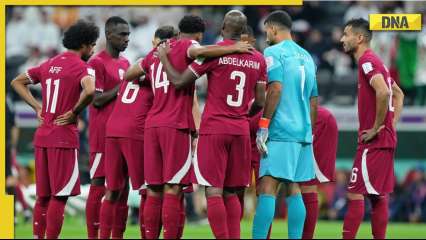 Qatar, the host of the World Cup, will meet Senegal in an important Group A match at Al Thumama Stadium on Friday. Both teams will try to recover from opening day setbacks. The defeat for either team will all but end their LAST-16 Qualifying hopes in the World Cup.

READ: ODI match between India and New Zealand: what is the big black spot on Shreyas Iyer’s arm

Qatar did not have the ideal start to the tournament as they lost to Ecuador in the first leg of the 2022 FIFA World Cup. The host nation would like to start on a fresh note as they take on Senegal in the second leg of their World Cup campaign.

The Senegalese team played a decent game against the Netherlands, but costly mistakes by Edouard Mendy ensured that the Dutch side had the last laugh. The African nation are missing their striker Sadio Mane and would look to Ismaila Sarr to be an attacking threat up front.

ALSO READ  'I'll mention my name as the captain...': Mark Wood on whether he will play the T20 World Cup final against Pakistan