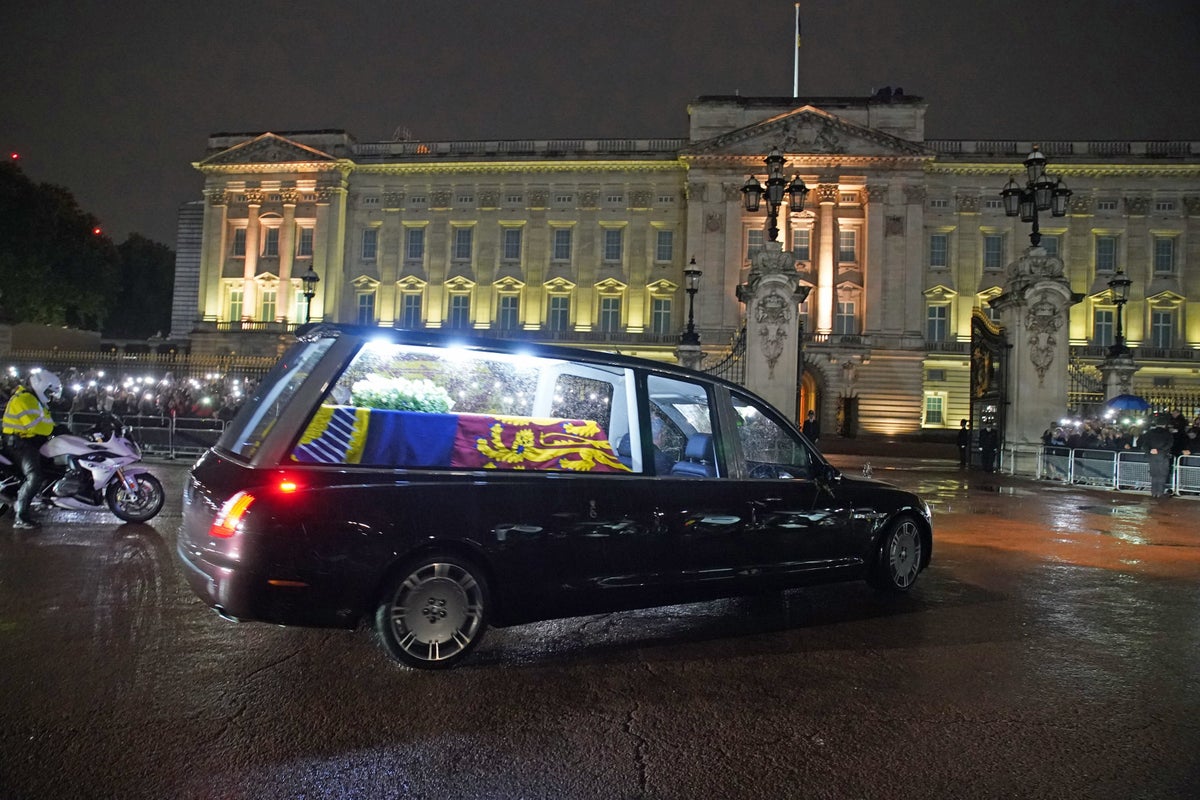 Queen Elizabeth II’s casket has completed its final journey to Buckingham Palace, where it was received by King Charles III, and a sea of ​​mourners outside the gates.

Prince Harry and Meghan Markle reportedly traveled from Windsor Castle to join the senior royals at the late Queen’s long-standing residence at Westminster, as the hearse carrying her coffin from RAF Northolt swept the streets of well-wishers.

Following the death of the late monarch at Balmoral Castle, after a reign of 70 years, her body was taken to Edinburgh, where it was laid out in St Giles’ Cathedral, where tens of thousands queued – some all night – to receive their pay respects before her coffin flew to RAF Northolt on Tuesday evening.

Crowds braved the rain and wind along the hearse’s route as it passed through the capital to Buckingham Palace, passing Marble Arch, Park Lane and Hyde Park Corner shortly before 8pm.

There was some applause and cheers of “hip hip hooray” as the coffin approached the palace, with people putting down their umbrellas as a sign of respect and shining others with lights on their smartphones, either in tribute or to document the historic moment.

No footage was broadcast from Buckingham Palace’s Quadrangle as the deceased monarch’s children, grandchildren and their husbands received her coffin in private, which will be placed in the Bow Room overnight before being taken in a procession to Westminster Hall on Wednesday. be taken for public viewing.

Up to a million people are expected to descend on the capital to pay their respects, and a government Cobra meeting has reportedly told visitors to queue between 5 and 35 p.m. to see the coffin. to see the queen.