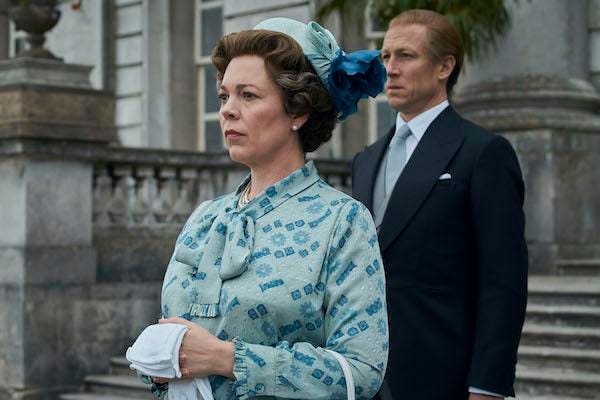 While Queen Elizabeth’s 70-year reign will have many chapters in the history books, the mechanism that many around the world relate to the Queen in recent years is not. been history books, but rather a TV show. The Crown, the prestigious Netflix drama that has run for four seasons so far, chronicling Elizabeth’s rise and reign.

The Crown is one of Netflix’s biggest hits, with Emmy nominations and wins, and it has a… complicated relationship with the royal family. Now, in the wake of Queen Elizabeth’s death, we’re seeing a resurgence of interest in the series as it climbs the Netflix top 10 charts in many regions, including the US, where it currently sits at #6 despite having a new season is months away.

The Crown has made headlines on several fronts following the death of Queen Elizabeth. Namely that out of respect for her, the show has suspended production for a day after learning of her death, and will be interrupted again on the day of her funeral. Announcing these moves, showrunner Peter Morgan said, “The Crown is a love letter to her.” But did Elizabeth feel the same? Does the royal family?

It’s complicated. Here are some thoughts from various members of the Royal Family, or sources close to members, about The Crown over the years:

“It gives you a rough idea of ​​what that lifestyle is, what the pressure to put duty and service over family and everything else is, what can come from that. I feel much more comfortable with The Crown than seeing the stories written about my family or my wife or myself.”

A source close to the Queen herself:

“Fortunately, she really liked it, although of course there were some depictions of events that she found too heavily dramatized.”

But some things, not so much:

“The Queen realizes that many who watch The Crown see it as an accurate representation of the Royal Family and she cannot change that,” the courtier said. “But I can say she was upset by the way Prince Philip is portrayed as a father insensitive to his son’s well-being. She was especially annoyed by a scene where Philip has no sympathy for an obviously upset Charles as he flies him home from Scotland. That just didn’t happen.”

And most recently, Prince William is reportedly unhappy with the way the show has “exploited” his parents Charles and Diana over the past few seasons:

“The Duke of Cambridge” [Prince William] not so happy about it. He feels that both his parents are being exploited and presented in a false, simplistic way to make money. In this case, it’s dragging out things that happened 25 or 30 years ago in very difficult times, without thinking about anyone’s feelings. That’s not right or fair, especially when so many of the things depicted don’t represent the truth.”

Overall, I’d say The Crown has done more to humanize the royal family and Elizabeth herself than anything else, although being human means having good and bad qualities, triumphs and failures. Things can get a bit spiky as the show moves into the era of Diana’s death, and then the Harry splits later.

I’ll be curious to see how far The Crown rises on Netflix from now on. If you haven’t seen it yet, I highly recommend it regardless of your opinion of the royal family. It’s a bit more complicated than a “love letter” and a layered series worth your time.