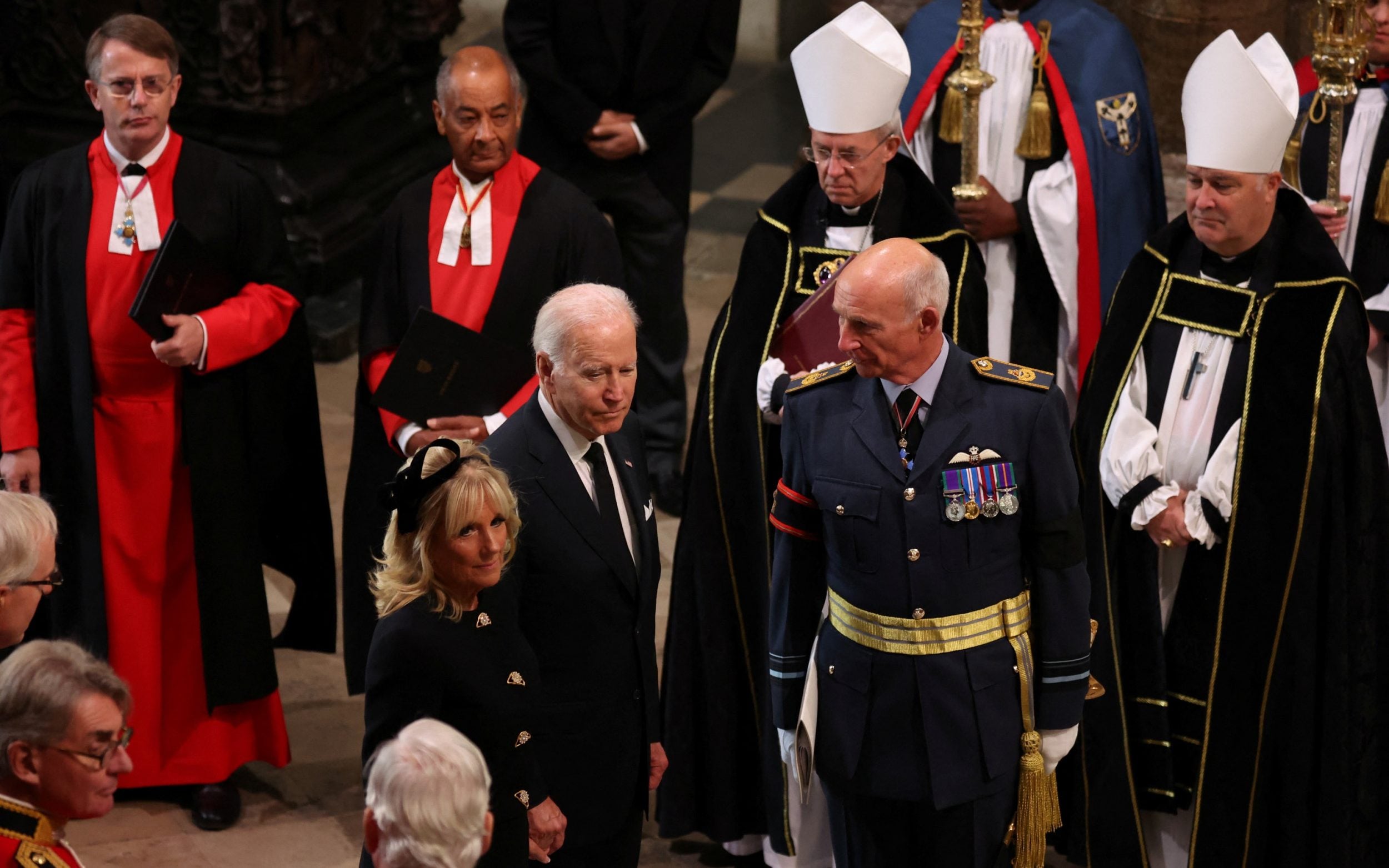 Joe Biden and wife Jill sit 14 rows back at Queen Elizabeth II’s funeral, it turns out.

The US president is placed on the aisle on the south transept of Westminster Abbey, behind Polish leader Andrzej Duda.

He will stand right in front of Petr Fiala, the Prime Minister of the Czech Republic, in a section of the church reserved for world leaders.

Meanwhile, the First Lady will have Ignazio Cassis, the president of Switzerland, as a neighbor during the hour-long service.

Monday morning, the first details of the map for the 11 a.m. Historic Service emerged.

ALSO READ  Joe Sugg: 'I was on my phone 14 hours a day - until I discovered gardening'

They showed that King Charles III and Camilla, the queen consort, will be seated in the ornate Canada Club chairs at the very front of the abbey.

Also in the front row will be Princess Anne and her husband, Vice Admiral Sir Timothy Laurence, Prince Andrew, Prince Edward and his wife Sophie, Countess of Wessex.

Across the aisle are the Prince and Princess of Wales, their two children George and Charlotte, then Peter Phillips and Zara and Mike Tindall.

Immediately behind the king will be the Duke of Sussex with the Duchess of Sussex behind Camilla. Meghan will sit next to Princess Beatrice.

ALSO READ  When Queen Elizabeth reprimanded David Cameron... for trying to wash her off...

In front of the south transept of the abbey will be the governors-general of Realms and then the Commonwealth countries, followed by other nations.

As Mr Biden arrived in his armored car, The Beast, others were seen catching the bus.

Bus services set up by authorities departed from outside the Royal Hospital Chelsea, where a line of police had closed the road to welcome visiting dignitaries.

Those spotted in the hours before the funeral included royals such as Philippe, king of Belgium, and Carl XVI Gustaf, king of Sweden, who both arrived in Volvos.

Frank Walter-Steinmeir, the president of Germany, arrived in a black BMW with the number plate GER 1 while Anthony Albanese, the Prime Minister of Australia, went to the cordon in a Jaguar.

Later, Sergio Mattarella, the president of Italy, drove to the drop-off in a Maserati with the license plate ITA 1.

Some major world leaders, including Mr Biden and France’s President Emmanuel Macron, are said to be exempted from taking the bus for security reasons.