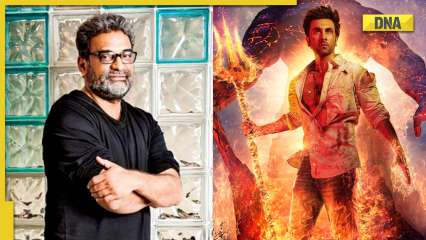 Renowned filmmaker R Balki was recently asked about this year’s dismal box office performance of Bollywood films when he told how Ranbir Kapoor and Brahmastra of Alia Bhatt have managed to lure audiences to the theaters.

Ayan Mukerji directed Brahmastra Part One Shiva had a fantastic box office opening. The film was one of the leading films at the worldwide box office on its opening weekend, grossing $28.2 million, or a whopping Rs 224 crore, according to a report in Variety. Also in India, the film has exceeded Rs 150 crore in five days.

When filmmaker R Balki, who is in the process of promoting his upcoming film Chup: Revenge of the Artist, starring Sunny Deol, Pooja Bhatt, Dulquer Salmaan and Shreya Dhanwanthary, was asked if the ‘Bollywood is over’ theory was true. , responded by saying that people will soon be saying “the rise and rise of Bollywood” once films regain their shine and coin numbers at the box office.

ALSO READ  Hansal Mehta takes a jibe at Kangana Ranaut's Dhaakad, responds to netizen who said 'you gave her a flop'

Speaking to thebharatexpressnews.com, R Balki said: “It (the idea that Bollywood is over) is bullshit! It’s a nice theory to have, few flops have flopped, and people love to write, fill columns and It’s entertainment and failures are entertainment too. If there is success they will have entertainment again and say ‘The rise and rise of Bollywood’ which will happen very soon.”

R Balki added that movies that fail at the box office are just a phase and won’t last long. “…As you can see, people are storming the theaters (for Brahmastra). So it will change. This is just another show,” R Balki said.

Meanwhile, talking about R Balki’s next Chup, it will be the filmmaker’s debut in the psychological thriller genre. Taking the latest film “Kagaaz ke phool” by legendary director Guru Dutt as a reference, the film adopts a sensitive stance to portray the pain of an artist suffering from false criticism.

Produced by Hope Productions and Rakesh Jhunjhunwala, the film written by R Balki himself is based on the story he started working on a few years ago. The screenplay and dialogues are co-written by R Balki, writer Raja Sen and Rishi Virmani. Dr Jayantilal Gada (Pen Studios) presents the film and the entire distribution in India is by Pen Marudhar. The Director of Photography is Vishal Sinha and the Music Director is Amit Trivedi, Sneha Khanvilkar and Aman Pant. Pranab Kapadia and Anirudh Sharma are co-producers of the film. The music is on Saregmapa. The film is slated for a September 23 release.