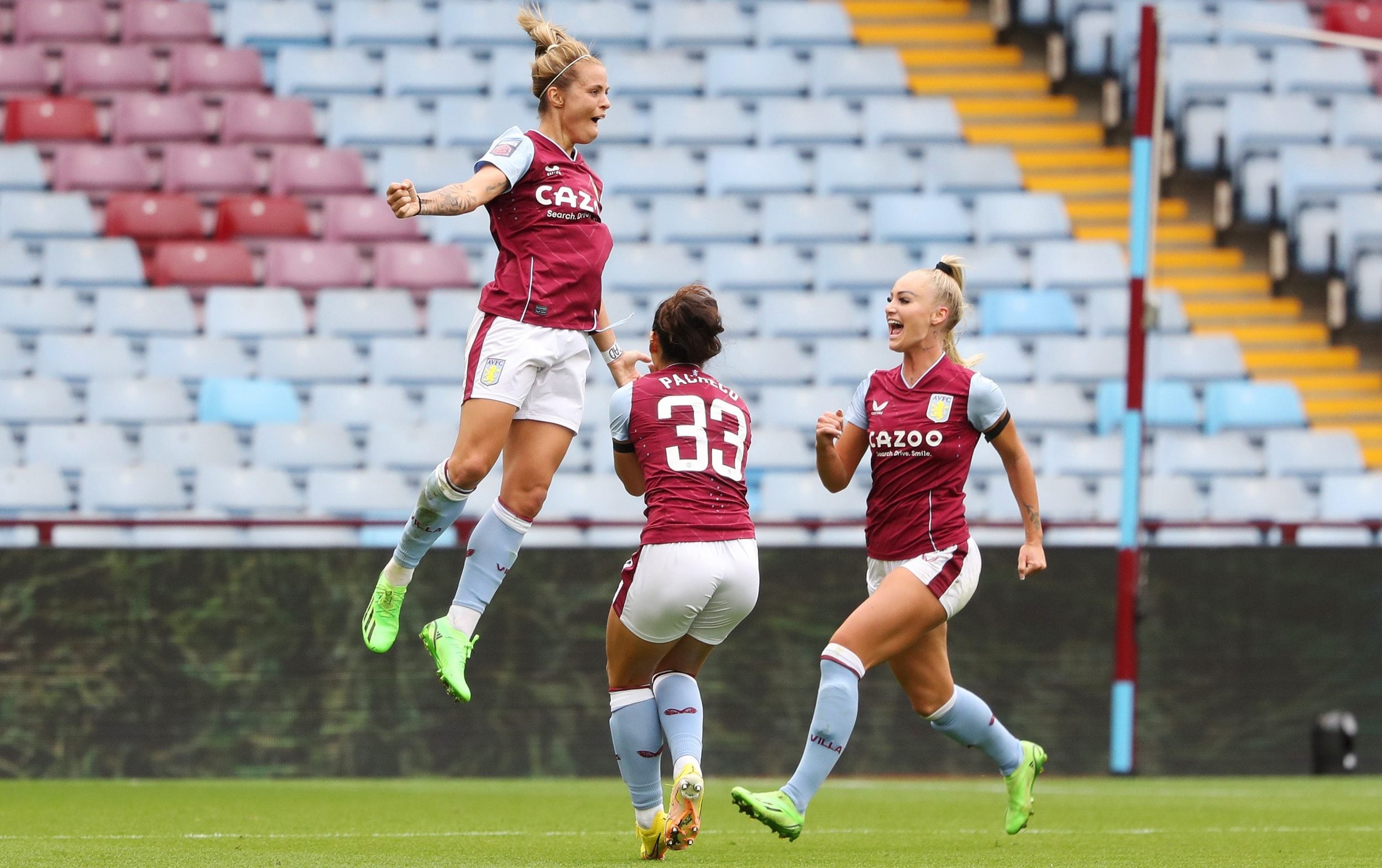 It was a fine individual performance from the former Houston Dash player, who was one of Villa’s key recruits this summer, playing fullback during the Lionesses’ victorious Euros campaign.

By contributing to three of her side’s four goals, the 30-year-old inspired Villa to their first-ever win over City, who had won all four of their previous encounters until Sunday with a total score of 17-0.

“It’s a dream start,” said Daly, whose tackle on Spanish midfielder Laia Aleixandri via Alisha Lehmann led to Villa’s 22-minute opener. one of the top teams in this league. We wanted to be brave, take risks, create chances and make this a terrible place to play and I think we did.”

Daly took advantage of City’s shoddy defense and curled a fine attack into the top corner to double her side’s lead, but a mistake on the other side by Hannah Hampton, who tipped Laura Coombs’ attack into her own net, led to a fight back from City.

Khadija Shaw headed in the equalizer shortly after the break and 90 seconds later Coombs shot in Chloe Kelly’s cross to put the visitors ahead. But their precious lead lasted three minutes after French midfielder Kenza Dali equalized for Ward’s determined side with a deflected attempt from 20 yards. The hosts enjoyed the final say through Daly, who poked her second to inflict City’s first opening day defeat in eight years.