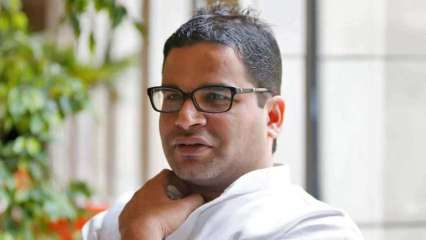 Election strategist Prashant Kishor is trying to unite opposition parties ahead of Lok Sabha’s 2024 elections, but in the meantime he has said the Bharatiya Janata Party (BJP) will continue to dominate for decades and the opposition parties will have to fight the BJP for several decades.

In addition to predicting BJP dominance, Prashant Kishor also targeted Congress leader Rahul Gandhi and said it was his mistake to wait for Prime Minister Narendra Modi’s era to end. He said Gandhi was probably under the illusion that the BJP would only stay in power until the Modi wave.

Recently it was learned that Prashant Kishor may soon be joining Congress and he had also met Rahul Gandhi and Priyanka Gandhi apart from Sonia Gandhi. Former party chairman Rahul Gandhi had also sought advice from senior leaders regarding the inclusion of Prashant Kishor in Congress. However, even after several rounds of talks, things didn’t work out and Prashant Kishor is working with TMC again.

Speaking at an event in Goa, Prashant Kishor said, “The BJP will remain at the center of Indian politics for many decades to come and it doesn’t matter whether it loses or wins. Just like 40 years of Congress. The BJP is not going to zero. go.” He added: “Once you get 30% of the vote in India, you’re not going anywhere anytime soon. Don’t pretend that people get angry and they will overthrow Modi. may remove Modi, but the BJP will always remain the center of politics and you will have to face the BJP for many decades to come. “

“Sorry, some are offended”: Shashi Tharoor on a tweet of a photo with women parliamentarians