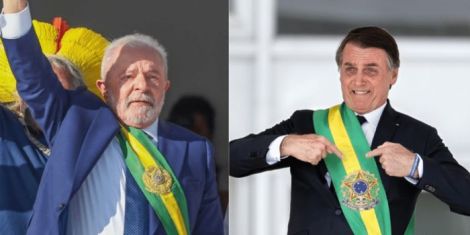 In the statement, Odinga threw his weight behind Lula as he revealed that the situation in Brazil saddened him.

“The attack on democracy and the peaceful transfer of power in Brazil worries and saddens me,

We support Lula and everyone who believes in the power of democracy and the democratic institutions and people of Brazil,

We must defend the values ​​that underpin our societies,” the statement said.

Netizens wondered why Odinga would support democratic processes in another country and denounce the same in Kenya.

A user named WachiraKE wrote: “But supporting democratic institutions in Kenya, such as IEBC and the Supreme Court, is where you draw the line.

For his part, Joel Gambi wondered about Odinga’s statement,

“Admitting defeat in Kenya elections is where you draw the line? ..smh,” he said.

Another user named Mutonye Mutuku called out the ODM party leader and accused him of hypocrisy.

“But when it comes to Kenyan institutions, does your respect cease? Spare us the hypocrisy!” he answered.

Odinga’s statement came in the background of ssupporters of Brazil’s far-right former president Jair Bolsonaro who stormed the presidential palace, congress and supreme court in the capital Brasilia on Sunday, January 8.

They climbed onto the roof of the Congress House, where Brazil’s Senate and Chamber of Deputies conduct their legislative business, waving a banner reading “intervention” and an apparent appeal to the Brazilian military.

Opposition to Odinga was fueled by his recent refusal to accept the August election results, in which TBEN Electoral and Boundaries Commission (IEBC) declared William Ruto Kenya’s elected president.

Odinga accused IEBC president Wafula Chebukati of electoral tampering and believed he should be charged at the International Criminal Court (ICC) in The Hague.

He claimed that Chebukati committed an evil act by announcing Ruto as the winner of the August 9, 2022 election.

“We cannot use Raila Odinga as a rating scheme for the best performers in terms of IEBC. 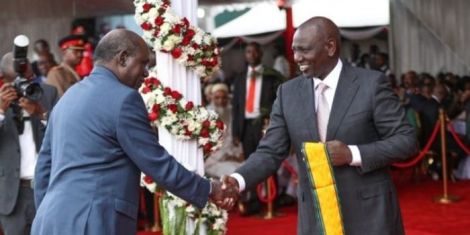 Ruto answers Raila about the secret visit to Chebukati