A fire investigator will today begin to determine what caused a major fire in Dunedin that rendered a house in Portobello uninhabitable and caused the evacuation of several properties nearby.

Emergency services were called to the fire on Beaconsfield Road around 4:30 p.m. yesterday. No one was injured in the fire and the young family with three children living in the house had evacuated.

The large house, as well as the neighboring macrocarpa trees, caught fire. 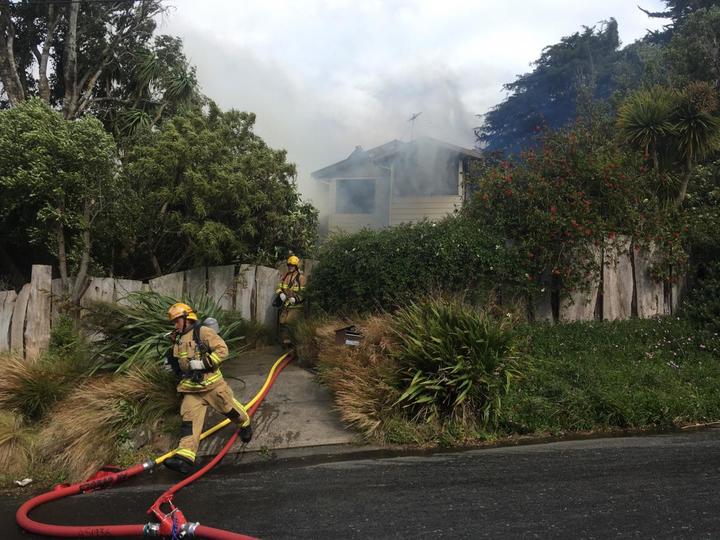 Fire controller Pete Douglas first told the Otago Daily Times yesterday it emerged that high winds had knocked down a power line, where a fire had potentially started.

However, after arriving at the scene, he said the cause of the fire had not yet been determined and the house was now uninhabitable.

Although the blaze was brought under control by 7:30 p.m., strong winds meant that the threat of further outbreaks remained possible.

Three crews from Dunedin and St Kilda remained at the scene overnight.

Dunn said a thermal imaging camera was used at 6 a.m. to look for traces of other hot spots and that a fire investigator would be on site today.

A total of 28 residents from 14 homes were evacuated to the Coronation Hall in Portobello on Saturday evening.

They were provided with a meal by the Otago Civil Defense and Emergency Management and accommodation was arranged for those who could not return home if needed.

A small page has been set up for the family and as of noon today $ 4,800 had been donated.

Pilot and Brother of Whakaari Tour Guide Against WorkSafe Charges

Reefton residents face a long commute to do their banking

Taliban-Afghan government agreement marked by the wording of the document