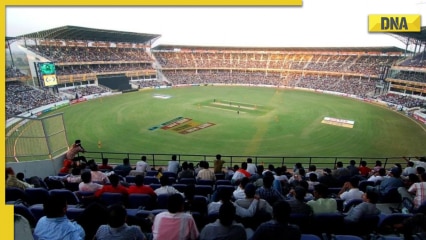 The second T20 match of the three T20I match series between India and Australia is scheduled in Nagpur. The second T20I game of the series will be played on September 23, with the last game scheduled for Sunday (September 25).

But for cricket fans and followers there is bad news as the weather is expected to be a bummer. It is believed that rain could interrupt the game and therefore India and Australia are not expected to be able to play the full 40 overs in the second T20I game of the series.

Rain is forecast for September 23 (Friday) and the chance of precipitation is 70 percent. The humidity is expected to be around 83 percent and the wind speed can be recorded at 16 km/h.

Despite all these factors, cricket enthusiasts flocked to the stadium to redeem their tickets.

READ| As KL Rahul becomes the 3rd fastest batsman to score 2000 T20I runs, here’s a look at other players with the same feat

The lowest-priced tickets were the first choice for fans when online ticket sales began on Sunday at 10:30 a.m. (IST) via Paytm Insider. Within minutes the cricket fans grabbed all the tickets.

Vidarbha Cricket Association (VCA) posted on their Facebook on Tuesday that online ticket buyers can exchange their tickets at CA Civil Lines, Nagpur between 10am and 7pm.

Originally, ticket redemption was scheduled to begin on September 22, but the VCA administrators chose to start earlier to avoid a major rush. Tickets can be exchanged at Civil Lines until Friday.

T20I cricket back in VCA Stadium after 3 years

The newly installed LED floodlights will be used for the T20 India-Australia meeting in Nagpur, providing greater visibility for players on the pitch and a smooth viewing experience for spectators. After almost three years, an international T20 match will be played at VCA’s Jamtha Stadium, which has a capacity of approximately 44,485 spectators.

India lost the first T20I of the three match series by four wickets.

More and more calls are coming for China and India to...