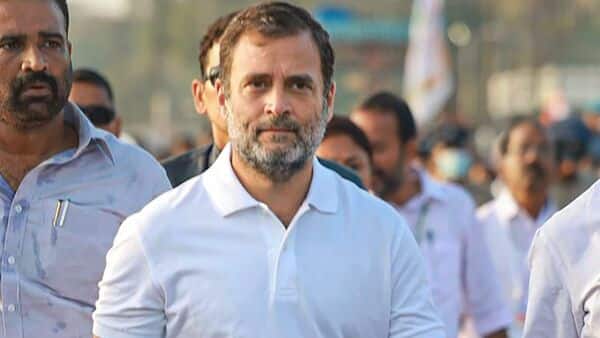 Rajasthan chief minister Ashok Gehlot backed Rahul Gandhi as he became the president of the congress as the state unit unanimously passed a resolution supporting his support on Saturday, Food Minister Pratap Singh Khachariya said, as quoted by PTI news agency. The resolution was proposed by Gehlot.

This comes before the start of the nomination process for the election of the president of Congress. Nominations for the post of head of Congress can be submitted from September 24 to September 30. The polls will take place on October 17, the party said.

“The Congress Committee of Rajasthan Pradesh has passed a resolution to make Rahul Gandhi party the national president. Everyone supported it. The right to appoint the president of the state congress and AICC members was left to the top,” Khachariya said.

The resolution was passed on Saturday at a meeting attended by the party’s head of state Ajay Maken, the organization’s election officer (PRO) Rajendra Kumpawat, state president Govind Singh Dotasra and party members from various districts at the party’s headquarters.

Other state units had also passed a similar resolution when Rahul Gandhi was elevated to the presidency of Congress in 2017. He resigned after the party’s debacle in the 2019 Lok Sabha polls.

The big old party will face democratic elections for the first time in two decades for the post of president. Notably, senior congressional leader Shashi Tharoor was also part of the letter sent to interim president Sonia Gandhi of the Congress of G-23 leaders seeking a new approach to the party.

The Congressman, who is considered another choice for party leader, neither accepted nor declined when reporters asked him whether he will contest the polls set to take place after 21 years. Tharoor said that “an election would be a good thing for the Congress party.”

“I hope that several candidates come forward to present themselves for consideration. Putting forward their views on the party and the nation will certainly spark the public interest,” he wrote.

While the party as a whole is in need of renewal, the most urgent leadership position to fill is, of course, that of the congressional president, Tharoor said.