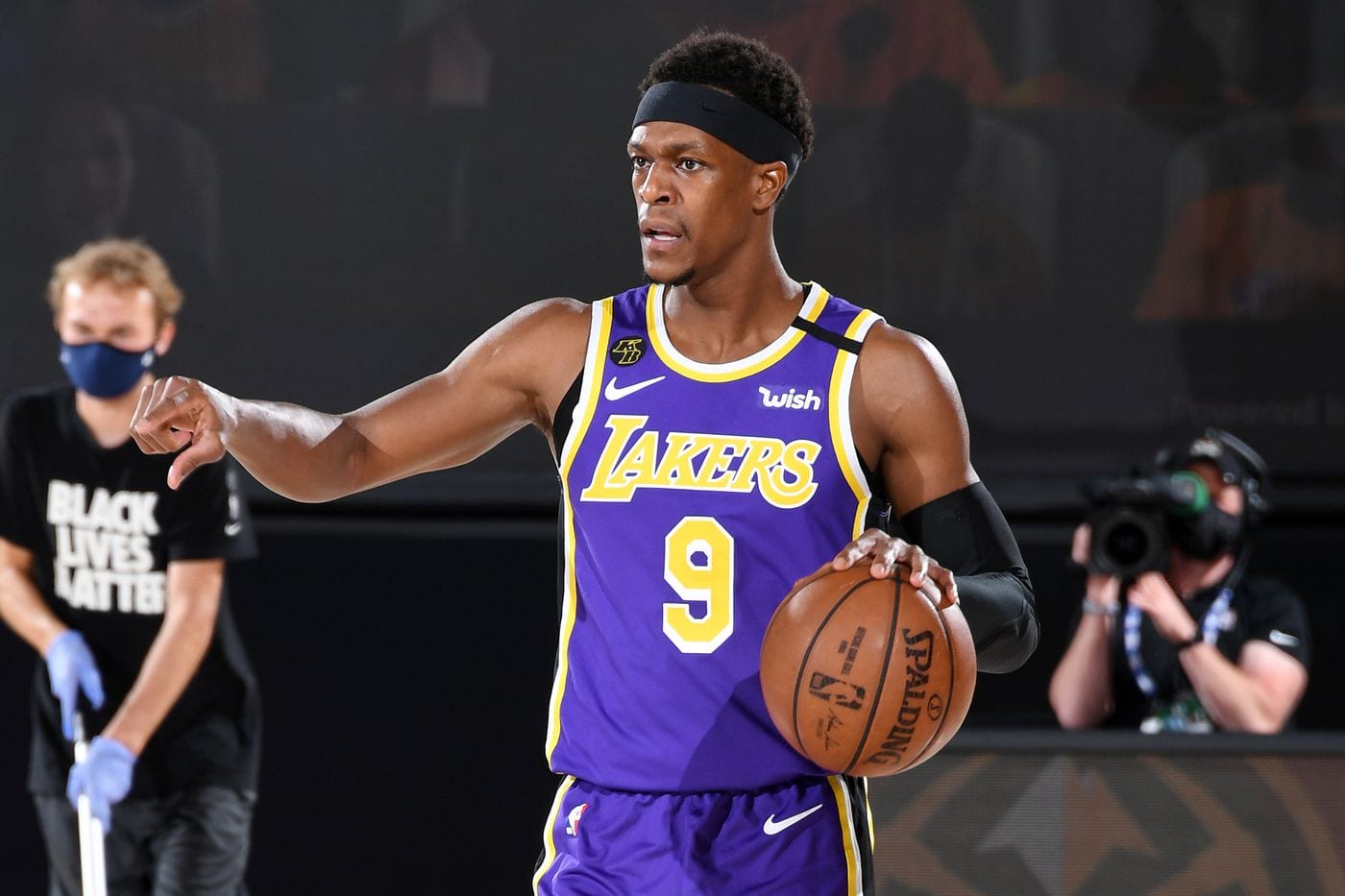 Veteran point guard Rajon Rondo has found a new home in Atlanta, just hours after asking the question of “what’s next? on his social media accounts – while announcing that he was leaving the league’s newly crowned champions, the Los Angeles Lakers.

Thanks to the Lakers, Jeanie and Rob organization for giving me the opportunity to play for an amazing franchise. The professionalism and support from Frank, the coaching staff and the support staff is something I am truly grateful for. With my guys there is an incredible brotherhood that only we know. To the fans … thank you for welcoming me with open arms from day one and showing me love. Being a part of #LakeShow was something special and I’m proud we brought it back to you!
Now what’s the next step …

Answering his own rhetorical question, Rondo now finds himself as the veteran leader of an extremely talented, but very green group of Hawks. He joins Trae Young and fellow Kris Dunn as members of their backcourt – in a move that ESPN’s Adrian Wojnarowski said was a strategic game to try and improve their below-average backcourt defense. league from previous seasons.

He’s a nice signing from Atlanta, who now has a tutor for Mercurial Young, and a cool head with championship credentials to rely on. His impact off the pitch, coaching their young team, is expected to be as impactful as his performance on the pitch.

Rondo will be 35 in three months. He averaged 7 points and 5 assists in the regular season last year. The Hawks will be the seventh team he’s teamed up for in his hugely successful 14 years of career.

The Bharat Express News - November 24, 2020 0
Christmas wouldn't be quite the same without the aesthetic that goes with it. Sparkling lights and Christmas trees with red, green and gold...