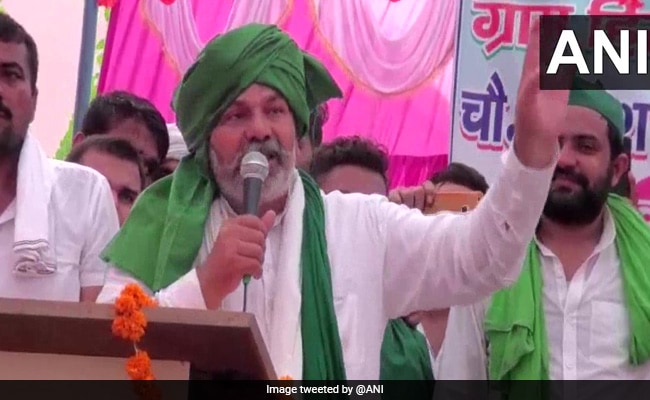 Farmers have protested at Delhi’s borders against the three farm laws, which they fear will do away with the Minimum Support Price (MSP) system, leaving them at the mercy of big business.

Speaking to reporters on Sunday in Bahraich at the end of BJP’s four and a half years in power in the state, Mr Gond said: “(Rakesh) Tikait is a dacoit. There is no commotion. from the farmers The protesters are not farmers, they are people from political parties who are motivated by “Sikhistan” and Pakistan.

“The money comes from foreign countries, including Canada. This money is intended for the financing of terrorism and the agencies are examining it,” he added.

Mr Gond said people knew the reality of the protesters.

“If real farmers protested, there would have been a shortage of food. Vegetables, milk, food grains and fruits would not have reached the markets, ”he said.