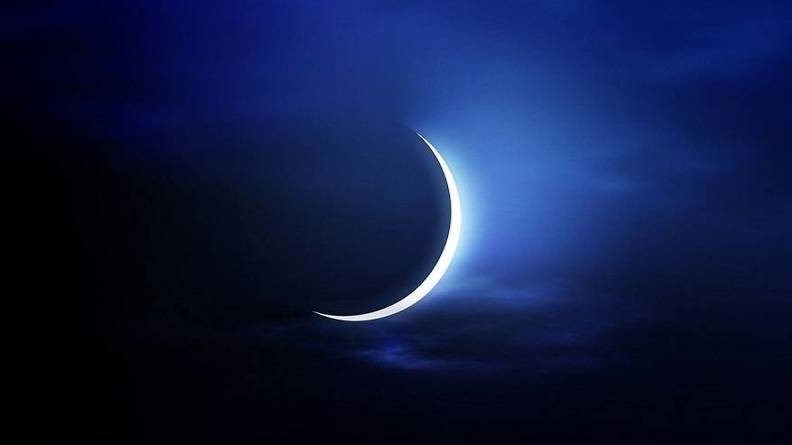 The Chairman of the Board of Directors of the Emirates Astronomy Society, Ibrahim Al-Jarwan, expected that the first day of the blessed month of Ramadan for the year 1444 AH will be on Thursday, March 23, and fasting hours will reach 14 hours, while Eid Al-Fitr is expected to take place on Friday, April 21.

And he stated that the new crescent for the month of Ramadan is born on Tuesday, March 21 at 21:23 pm, that is, after sunset, and with sunset the next day it will be approximately 10 degrees above the western horizon and sets after about 50 minutes, and therefore Thursday, March 23, will be the beginning of the month of Ramadan. Al-Mubarak astronomically, pointing out that the agreement between countries regarding sighting the crescent of the month of Shawwal is likely to provide conditions for visual vision.

As for the new crescent for the month of Shawwal, it will be born on Thursday, April 20, at 08:13 am, and with sunset it will be 4 degrees above the western horizon, and it will set about 22 minutes after sunset. Therefore, Friday, April 21, will be Shawwal and Eid al-Fitr astronomically blessed, and the difference Between countries in sighting the crescent of the month of Shawwal due to the difficulty of sighting conditions.

As for the legal length of the day and the hours of fasting from dawn to sunset, it is approximately 13 hours and 30 minutes at the beginning of the holy month, and 14 hours and 13 minutes at the end.

He pointed out that the spring season astronomically extends from March 21 to June 21, so the month of Ramadan this year will be entirely in the spring and with the beginning of the season, while it is expected that the next Ramadan 1445 will enter the winter season astronomically in a cycle estimated at 32 Hijri years, which will return at the beginning of the month. Hijri for the same week that corresponds to it in the Gregorian calendar.

It is also expected that the month of Ramadan will be interspersed with the season of spring weather disturbances, known as “Al Sarayat”, which may cause thunderstorms that may be heavy.

The city of Hind.. a touch of loyalty and love from the heart, with an area of ​​839 km

“UAE Innovates 2023” will be launched tomorrow with the participation of the government, society and the private sector