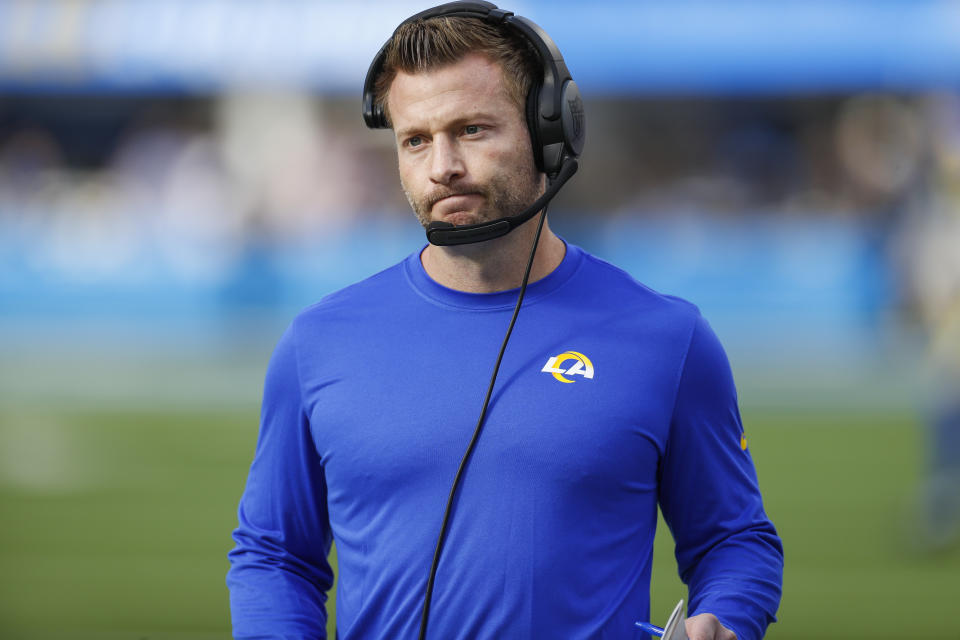 Sean McVay is not leaving the Los Angeles Rams for a television job.

At least, not right away.

Ahead of the Rams’ season finale this weekend against the Seattle Seahawks, McVay again dismissed rumors that he’s interested in joining a TV network next season as an NFL analyst.

He said the interest is “flattering” but “I want to be here right now, focus on that and that’s where I am.”

McVay, who led the Rams to a Super Bowl victory last season, is still open to that job in the future.

“[I haven’t] running away from the fact that over time, or whenever that is, that’s something I’ve been interested in,” he said.

McVay’s comments are similar to what he said after the team’s victory at Super Bowl LVI. Shortly after the game, he replied with “We’ll see”, when asked if he would return to coach the team the following season. He later signed an extension to stay with the team until the 2026 season.

ALSO READ  Watch: Cristiano Ronaldo's hilarious reaction as fans film him at a restaurant in Riyadh

McVay is finishing his sixth season leading the Rams, which was his first head coaching job in the league. The Rams are just 5-11 heading into Sunday, having lost eight of their last 10 games. The playoffs are out of reach and McVay will finish with a losing record for the first time in his career.

There’s little doubt that McVay could land a high-profile analyst job if he wanted to. And it would be much less time consuming than the gig he has now.

However, the 36-year-old was very open about wanting to pursue other things, both professionally and personally. But for now, he said he has no doubts about coaching.

“I don’t know if you necessarily look at it that way, but just… I’m going to be open and honest about things because you care so much,” McVay said. “And it’s being able to be honest with those things.

“I think recognition helps me work through it. It doesn’t mean it changes the passion and the love you have for it.”