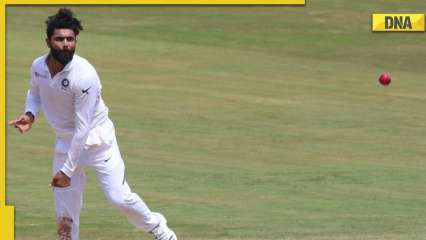 Indian all-rounder Ravindra Jadeja is about to make his return to the field as he joins the star-studded Saurashtra squad for the Ranji Trophy. The all-rounder joins the likes of Jaydev Unadkat and Cheteshwar Pujara, both of whom are known for their impressive performances in the tournament. Jadeja joins the team on Sunday, January 22, marking the start of his long-awaited comeback.

“His training and workload will be in line with National Cricket Academy (NCA) protocols. I sent Jaddu a WhatsApp text informing him that the boys were thrilled to have him back. He responded quickly and expressed his eagerness to reunite with the team. It had been a while since he had played Ranji Trophy for Saurashtra. Adding a player of his caliber to the team is a huge boost to morale,” said Niraj Odedra, the coach of Saurashtra, to Sportstar.

ALSO READ  'Could have been dead': UFC superstar Conor McGregor survives shock after being hit by a car, shares video

Saurashtra will face Tamil Nadu in the Elite Group B match in an away match at MA Chidambaram Stadium, the second home of Ravindra Jadeja, who plays for the Chennai Super Kings in the Indian Premier League and captained the Yellow Army in the first half of IPL 2022. This highly anticipated match will take place from January 24 to 27.

This will be Ravindra Jadeja’s first game in five months, after suffering a knee injury last year that required surgery. This unfortunate setback ruled him out of the 2022 T20 World Cup, but he was recently included in the squad for the Bangladesh tour, only to be ruled out again. Despite the setbacks, Jadeja is determined to return to the field.

The selectors have named Ravindra Jadeja in the squad for the first two Test matches against Australia, but he will need to prove his fitness in the Ranji Trophy before he can be confirmed in the playing XI. Along with R Ashwin, Jadeja is a guaranteed selection, meaning Axar Patel will have to make way for him if India chooses not to play with three spinners.

Considering Jadeja’s inclusion, Kuldeep Yadav may have to wait for his chance. He was surprisingly left out of the playing XI for the second test match against Bangladesh.