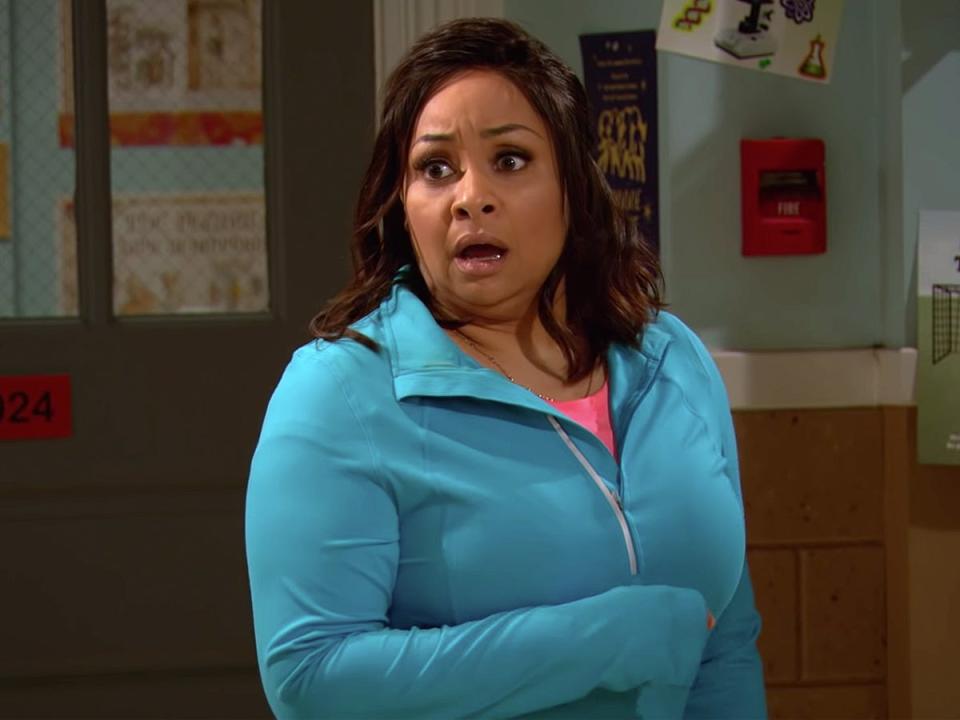 Raven-Symoné said she told Disney producers she didn’t want her character to come out as gay in the “That’s So Raven” “Raven’s Home” reboot.

In 2017, Raven-Symoné and Anneliese van der Pol reprized their roles as Raven Baxter and Chelsea Daniels in a new Disney Channel show. Premiering around 10 years after the end of the first series, the spin-off followed best friends after they grew up and had children of their own.

During a video interview for Them, which was posted to YouTube last week, Raven-Symoné said she didn’t think it was a good reason for Raven to be gay in the reboot just because the actor came out as gay. had come.

“I think Disney wanted her to be queer in the beginning and I just wasn’t comfortable with that,” she said. “They were like, ‘Do you want Raven to be gay?’ I said why?’ [and they said,] ‘Because you are.’ I said, ‘Bad, bad reason. That’s a bad reason.'”

Raven-Symoné continued, “No, Raven Baxter never showed any kind of sexual identity situation in the priors. I’m not myself on this show, I’m a character. Raven Baxter isn’t gay. Whatever the first four seasons were like, with Chelsea and I sleeping in the same room and we started a family together. Okay, that’s not the case. We’re friends. They sleep in the same room.”

Raven-Symoné also said she didn’t think Raven should date anyone in the spin-off.

“It’s so funny because we’re working on season six now and I’m talking to the EPs and they’re like, ‘And you’re going to date?'” she said. “I’m like, ‘She doesn’t have to date either. She’s just not going to be anything.'”

This isn’t the first time the Disney star has said she doesn’t want her Raven to be gay.

Last year, she said on the “Pride” podcast that she was “proud to play Raven Baxter,” even though the character is straight.

“The reason I said no wasn’t because I wasn’t proud of who I was, or because I didn’t want to represent the LGBTQ+ community in any way,” Raven-Symoné said. “It was because Raven Baxter Raven Baxter is Raven Baxter and there was no reason for me to change the human being she was to fit the actress who played her.”

She added, “She was divorced though and I wasn’t worried about not saying boyfriend.”

Read the original article on Insider