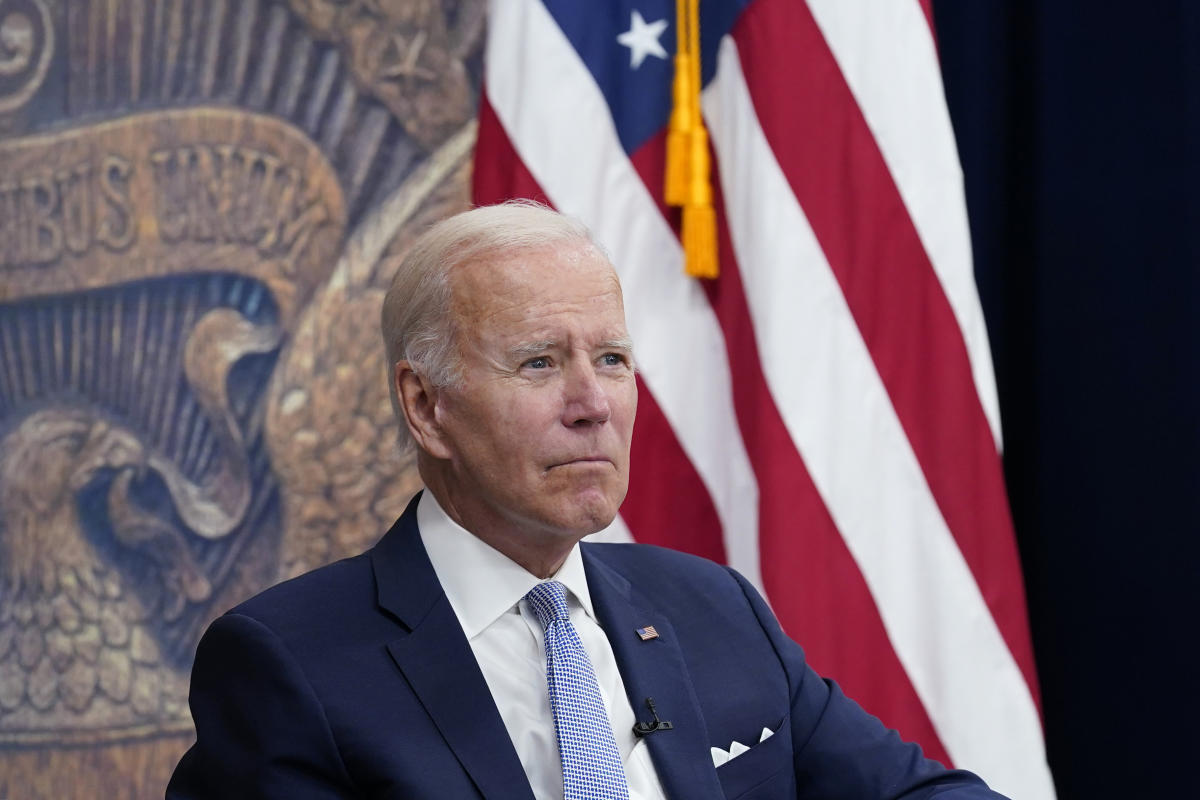 President Joe Biden is one of the last patients to experience a ‘rebound’ coronavirus infection after taking a course of Paxlovid, an antiviral drug used to treat people at risk of serious illness from Covid-19.

Rebound cases, in which someone experiences symptoms or tests positive after completing the medication and testing negative, have been described as rare, but some medical experts say they are more common than previously thought.

Biden began treatment with Paxlovid shortly after testing positive. He came out of isolation on Wednesday after he began testing negative, but the White House announced on Saturday that he had tested positive again and had no symptoms.

Here’s what you need to know about coronavirus rebound cases after Paxlovid treatment.

Paxlovid is an antiviral drug from pharmaceutical giant Pfizer that is used to treat mild to moderate Covid-19. It has been made available to Americans with emergency use clearance by the Food and Drug Administration for people 12 years and older who have tested positive for the coronavirus and are at higher risk of serious illness from the disease. One factor that can increase a patient’s risk is age; Biden is 79 years old.

ALSO READ  Why do lawmakers keep pushing for a digital dollar? Look at China

The Centers for Disease Control and Prevention recommends that people start treatment with Paxlovid “as soon as possible” after receiving a positive coronavirus test, and no later than five days after the onset of symptoms, similar to the antiviral drug Tamiflu. which is used to treat the seasonal flu and is only effective shortly after symptoms start. Paxlovid tablets are taken twice a day for five days.

The Biden administration has been pushing the treatment in recent months as a tool to help the country through the ongoing waves of coronavirus cases. Ashish Jha, the White House’s coronavirus response coordinator, said in April that “Paxlovid is a really important step in our ability to fight this pandemic.”

More than 3 million courses of Paxlovid have been administered in the United States since December, according to data from the Department of Health and Human Services.

– What are ‘rebound’ cases and how common are they?

A rebound case is “characterized by a recurrence of Covid-19 symptoms or a new positive viral test after testing negative,” according to the CDC. The agency issued an advisory in May amid concerns about the phenomenon, recommending that people who experience a relapse of Covid-19 after treatment should be placed in isolation for another five days and wearing a mask for 10 days.

The CDC said in the advisory that “a brief return of symptoms” may come on its own, “regardless of Paxlovid treatment.”

Still, rebound cases were described as rare — even by Biden in his tweet announcing his case.

But many people may not test for getting sick again after their initial infection, making rebound cases difficult to track. Jeremy Faust, an emergency room physician at Brigham and Women’s Hospital, responded to Biden on Twitter, writing that “this doesn’t seem rare. Horse then left the barn.”

Catherine Bennett, a professor of epidemiology at Deakin University in Australia, said in an email that recent data suggests rebound cases occur in about 10 percent of Paxlovid recipients, “so not rare, but uncommon.”

– Should we be concerned about rebound cases?

Bennett said the public should not worry about rebound cases, but rather be aware that such cases are possible, and keep a close eye on themselves after completing a course of Paxlovid. She advised people to recognize the signs of rebound cases — testing positive or experiencing a flare-up of symptoms — and going back to their doctor if the signs appear.

The CDC said there is “currently no evidence” that people experiencing rebound cases should receive a second course of Paxlovid.

In Virginia, a weekend of ‘Dirty Dancing’

Anti-Trump GOP Group Spends A Lot To Shrink Its Base

The Bharat Express News - August 15, 2022 0
Adele has revealed that her dream is to become a "housewife" as she plans a marriage and children with her boyfriend Rich Paul.While she's...