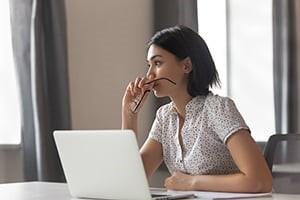 Investor concerns are mounting, driven by the confrontation with the debt ceiling and the possibility of a recession. The fears are real and justified, but could any of these events trigger a systemic collapse? To answer this question, let’s start by thinking about what it takes to really turn the system upside down. We have only experienced two such events in recent decades: the Great Financial Crisis (GFC) and the pandemic. So what made it so bad?

First, they were unexpected. Before the GFC, no one – and I mean no one – saw how the US housing boom, coupled with the interlocking nature of financial liabilities, worked against what, in retrospect, was grossly insufficient capital to effectively rebuild the global financial system. Close. Before the pandemic, it was again completely unexpected. Nothing like this had happened since 1918, and governments around the world struggled to figure out what to do. The shutdowns also basically shut down the economy: the same kind of unexpected shock we saw in the GFC, with essentially the same results.

Therefore, using these two events as a template, we can come up with a tentative definition of something that could lead us into another systemic crisis. It should be unexpected. It should be global. And it should have the potential to shut down the economy or the financial system. Without all these three factors, we would just have a pretty normal event. This gives us the context to look at current concerns.

Let’s start with a recession, which fails the first test. Any recession this year will be the most anticipated in history. The fact that we’re even talking about it means that the effects are already largely discounted.

Second, let’s look at the debt ceiling. Here we have some history. The first time it happened, the markets were indeed upset. The second time less. And on to now, when markets basically ignore it. We know how it works, we know what to expect and we now have the experience to largely see through even the worst case. Both are clearly worth checking out, but they’re not worth panicking about.

It is also worth thinking more generally about systemic risks. Let’s assume something unexpected happens. We can’t predict it by definition, but let’s assume. Next, we have to assume that whatever that is is putting a significant strain on the financial system. What then?

Not heading for a crisis

In the GFC, what turned a housing crisis into a global banking system crisis was the lack of sufficient capital in the banking system. The good news now is that even if that were to happen again, the financial system is much better capitalized than it was during the GFC, largely due to reforms put in place to prevent a repeat of the GFC. We know that those reforms have also worked, as one of the main results of the pandemic was that the financial system was never seriously threatened despite the economic chaos. Even if we get a shock – which we’re worried about right now, we don’t – the system is much more robust. Moreover, governments now have experience with two of those shocks and have learned valuable lessons.

Moving through the worries

It is certainly not time to panic. The things we are concerned about now are common knowledge, are relatively minor at the system level, and even if they happened, they would threaten neither the economy nor the financial system. They simply do not meet the demands of the systemic crisis. And even if and when something else pops up to create a systemic crisis, we’re in a much better place now than we were in either of the previous two crises.

In short, bad things can and will happen. But since our current concerns are relatively known and under control, we’ll just move through them – as we always have.

This Vermont janitor amassed an $8 million fortune without anyone around him knowing. Here are the 3 simple techniques that made Ronald Read...