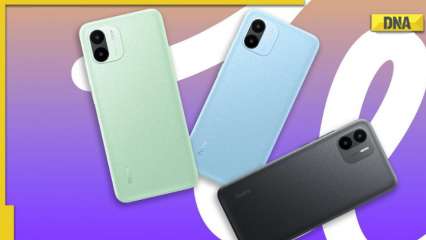 Specifications for the Redmi 11 Prime series

The Redmi 11 Prime and the recently released Poco M5 are identical except for the back design. On the other hand, the Redmi 11 Prime 5G, also known as Redmi 10 5G in Southeast Asia, is a rebranded Redmi Note 11E from China.

When it comes to technicalities, both smartphones have a 6.58-inch LCD display with a resolution of 2408 x 1080 (FHD+), a refresh rate of 90 Hz and a dewdrop notch. In addition, they start with the same MIUI 13 software, which runs on Android 12.

They also have a 50MP primary camera, a 2MP depth sensor and a 5MP front camera. The 4G model includes an additional 2MP macro camera.

Their chipsets are the main distinction between the two. A MediaTek Helio G99 SoC with Bluetooth 5.3 powers the 4G edition, while a MediaTek Dimensity 700 chip with Bluetooth 5.1 powers the 5G variant. In both cases, they have a dedicated MicroSD card port, LPDDR4x RAM and UFS 2.2 storage.

In India, the Redmi 11 Prime series will be sold at the following prices.

Thunder Black, Chrome Silver and Meadow Green are the colors.

Peppy Purple, flashy black and playful green are some of the color choices.

Peppy Purple, flashy black and playful green are some of the color choices.

On September 9, at noon, the Redmi 11 Prime 5G will be on sale. Either Mi.com, Amazon India, Mi Home stores or physical retailers sell it. Customers using an ICICI Bank credit card or credit/debit card for an EMI transaction can receive a discount of Rs. 1,000.

In the coming days, the availability of Redmi 11 Prime will be published on social media.

The device boots up to Android 12 almost completely without the MIUI skin due to the low-level hardware. It should therefore offer a better experience than previous entry-level Xiaomi smartphones.

It also has a dual camera system with an 8MP primary sensor and a 2MP secondary sensor on the back. It has a 5MP front camera for selfies and video calls.

Other features include a dedicated MicroSD card slot, a 3.5mm headphone jack, dual-SIM 4G compatibility, single-band Wi-Fi, Bluetooth 5.0, GNSS and a single-band Wi-Fi. Last but not least, it is powered by a 5,000mAh battery that supports 10W charging (charger included in the box).

Price and availability of the Redmi A1

The phone will go on sale at 4 p.m. on September 9. Retailers, Mi Home stores, Amazon India and Mi.com will also sell it.