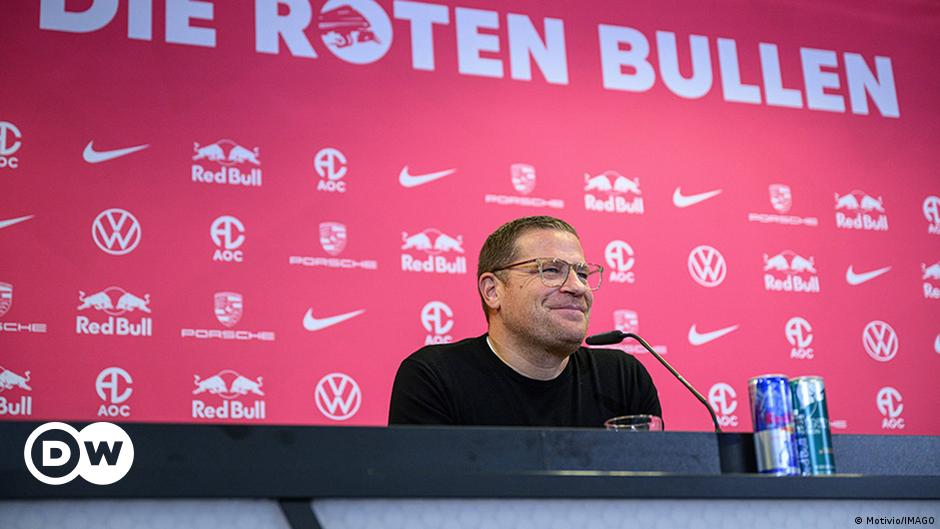 Nearly a year after Max Eberl tearfully left Borussia Mönchengladbach after 13 years as the club’s sporting director, he has embarked on his new project – but it was unclear whether he would ever return to the game and competition where he left his mark .

Eberl was mentally exhausted and needed a break. “I just want to leave, I just don’t want to have anything to do with football. I want to see the world, I want to have fun, I want to be Max Eberl,” he said in January 2022, when he left the Rhine club where he also had the last six years of his playing career.

“I don’t have the strength to do this job anymore. I’m exhausted and tired. I have to take care of my health,” he concluded. Gloomy Gladbach officials flanked Eberl at his farewell press conference, sympathetic and grateful for his huge contribution, but deflated that they were losing one of the best in the business.

“There is no 99% with me, I just wanted to give 100%,” he said at that press conference a year ago. “But I realized that this perfectionism was becoming too much.”

‘Bayern will have to abdicate the throne’

After nearly a year away from the game, Eberl has reunited with head coach Marco Rose with the aim of leading Red Bull’s quest for silverware and establishing them as a long-term challenger to Bayern Munich’s domestic hegemony.

The first test of the Eberl-Rose axis in Leipzig could hardly have been bigger, but they came through unscathed, on a night that saw them without the injured Christopher Nkunku and first-choice goalkeeper Peter Gulacsi. It was a challenge that Leipzig took on, securing a point against the best team in the league and consolidating their position in fourth.

Marcel Halstenburg’s equalizer canceled out Eric Maxim Choupo-Moting’s first-half opener to secure a share of the points against Bayern, who lost just once to Leipzig in their 16 encounters. Just keeping their 14-game unbeaten run intact is a sign of progress for Leipzig, but Eberl clearly has bigger ambitions. “The day will come when Bayern will have to leave the throne,” he said DAZN on Friday.

Eberl has joined a club that is in many ways the opposite of Gladbach, one of the most traditional and celebrated clubs in the Bundesliga, and a club that, by circumventing the 50+1 rule, stands in stark contrast to the values ​​of German football. For Eberl, the move is purely motivated by sporting ambition.

“I am grateful for the time of recovery I have needed and I feel ready and full of energy again to want to work in football,” he said in December, when his appointment at Leipzig was confirmed. “I am coming to a club that has developed rapidly in recent years, is very ambitious and has a clear philosophy of football. There is huge potential here – across the club and the region.”

Eberl starts with a full input tray. Will Leipzig be able to hold midfielder Konrad Laimer? Can they convince Josko Gvardiol and Nkunku to resist the interest of the Premier League? Can Leipzig make the quality additions to their squad to maintain their good start?

These questions will be easier for Eberl to answer with his friend Marco Rose by his side. The pair worked successfully as sporting director and coach in Mönchengladbach between 2019 and 2021, as Eberl was left broken by Rose’s departure for Borussia Dortmund.

“I am disappointed with Marco’s decision, but I am also happy that we can still look each other straight in the eye. We still respect each other. The decision has not driven a wedge between us,” said Eberl at the time.

With former Leipzig sporting director Oliver Mintzlaff now working in the management of the Red Bull group but still on the club’s board, Eberl and Rose have an open path to make day-to-day sporting decisions and rekindle their working spark. And with Rose’s former co-coach at Gladbach Frank Geideck now also in the Leipzig dugout, there is now a strong Gladbach flavor in the Leipzig management team.

Eberl is widely regarded as one of the game’s brightest sporting directors, unearthing some of the Bundesliga and Europe’s best players during his time in the Rhineland. Marco Reus, Granit Xhaka, Marcus Thuram, Matthias Ginter, Thorgan Hazard, Alassane Plea and Denis Zakaria are just some of the players Eberl brought to Borussia-Park.

His track record and eye for emerging young talent fit Leipzig’s club profile perfectly, as does Rose’s penchant for energy, attack and possession. It seems Leipzig, after landing Eberl and reviving one of German football’s most effective duos, finally has the sporting infrastructure to give itself a chance to dethrone Bayern.