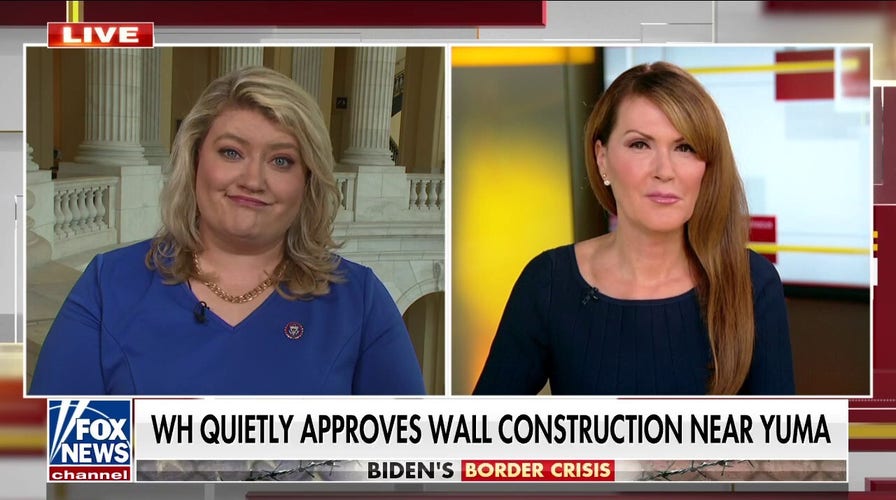 Rep. Kat Cammack, R-Fla., joined “The Faulkner Focus” Friday to criticize Democrats for supporting open border policies until they have to deal with the consequences firsthand. Cammack responded to DC Democratic Mayor Muriel Bowser calling for increased federal government support and National Guard assistance as the city sees an influx of illegal immigrants.

CAT CAMMACK: You play stupid games, you win stupid prizes. And in this case, they have proclaimed themselves a sanctuary city. So they’re going to get every ounce of what that means. It’s just that they’re not experiencing a fraction of what our border communities or the rest of Americans are experiencing at the hands of this reckless, open-border policy. And so we must send a message that the border communities, Texas and other destinations across the country will not bear the brunt of this failed policy. We have an opioid addiction that is spiraling out of control as a result of what happens to these narcotics. The social services they promote are free and available to non-citizens. Well, now they are complaining that they are being stretched for giving these illegal immigrants benefits, health insurance, educational benefits and food stamps. Well, it’s time to take care of America first. This is what America First policy was about, and it’s about national security. So if she wants to activate the National Guard, it’s up to her. But it doesn’t stop until we secure the border. And until then, they will feel the pain just as much.

WATCH THE FULL VIDEO BELOW: