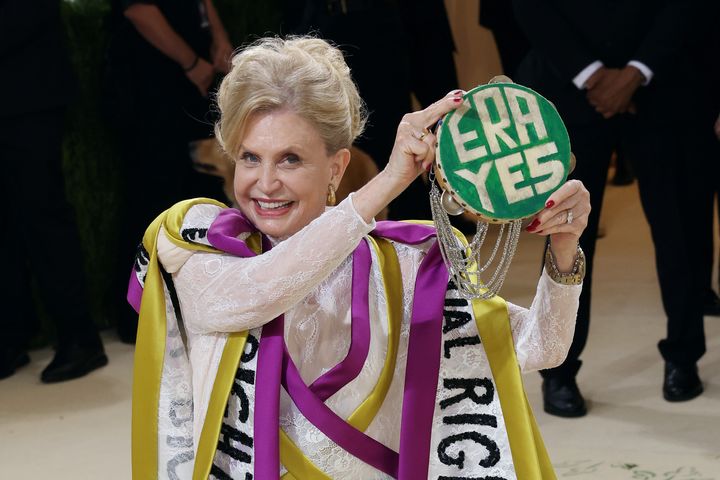 Rep. Carolyn Maloney (DN.Y.) may have “improperly requested” an invite to New York’s high-profile Met Gala in 2016, according to a June report from the Office of Congressional Ethics made public Monday.

The office has referred the investigation to the House Ethics Committee, which is still considering a full investigation into the matter.

The investigation focuses on the invite list for the annual celebrity fling at the Metropolitan Museum of Art. Government officials are regularly invited to attend for free, but an internal memo in the reference shows that Maloney’s name was crossed out for the 2016 event, while other officials, including Mayor Bill de Blasio and several members of the New York City Council, would are invited.

“I got a call from Carolyn this past week,” Rafferty wrote in an internal email in 2016. “She is unhappy, to say the least, not receiving an invitation to the Party of the Year.”

The brouhaha, researchers said, seemed to get Maloney an invitation to that year’s festivities and many events since then. The legislator has used her appearances to make political statements, once wearing an Equal Rights Amendment-themed dress and another year in honor of the September 11 Victim Compensation Fund.

Members of Congress are allowed to attend charitable events – even events like the Met Gala where tables sell for hundreds of thousands of dollars. But ethical laws require that all invitations be “unsolicited offers of free participation.”

“There is substantial reason to believe that she solicited or accepted illicit gifts in connection with her attendance at the Met Gala,” the ethics committee reference says, noting that her initial contact with the Met in 2016 suggested that her frustration “continued to affect her invitation status.”

The report was made public on Monday after the commission extended its review of Maloney’s conduct, but it is unlikely to result in any punishment as she is about to retire.

Maloney’s 30-year term in the House ends in January after she lost to fellow Democrat Rep. Jerry Nadler in the running for the state’s newly elected 12 Congressional District. She currently serves as the chair of the powerful House Oversight and Reform Committee.

Her office has denied breaking any rules, telling The Hill that lawmakers were “confident that the House Ethics Committee will dismiss this case.”

“While the Committee has not determined that a violation occurred, it is disappointed by the unsubstantiated and uncontested allegations in the Office of Congressional Ethics report and strongly disagrees with its referral,” the spokesman said.